Answers in Genesis, which opened the Creation Museum outside Cincinnati in May 2007, has been recognized by the Kentucky Tourism Council for excellence in tourism marketing, earning four awards, including “Best of Show” honors, at the 2009 Traverse Awards held recently in Louisville, Kentucky. 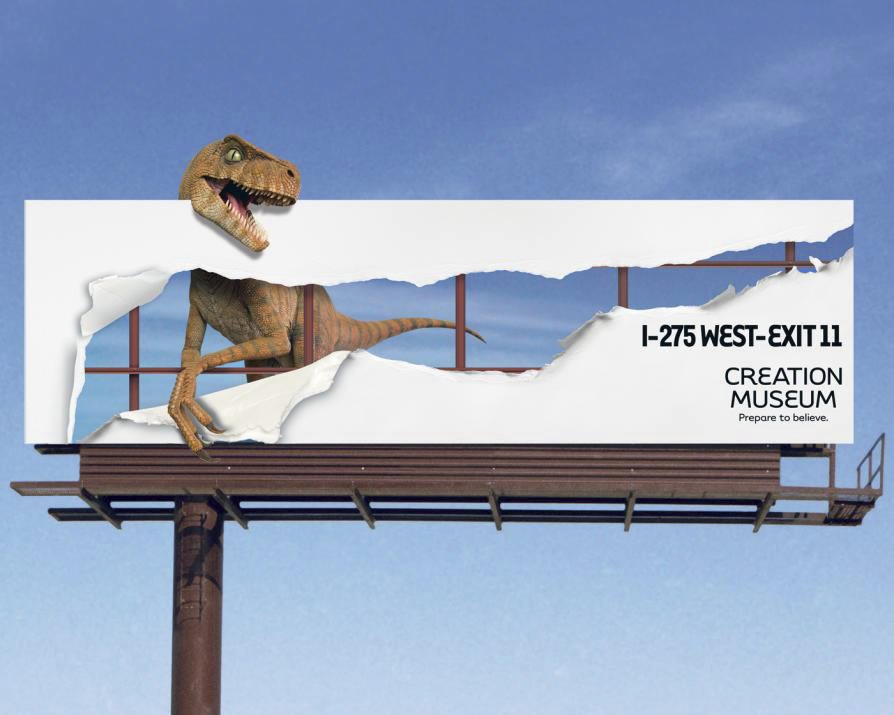 This billboard advertising the Creation Museum, located in Northern Kentucky, is one of several that were part of the creative billboard campaign awarded first place at the recent Kentucky Tourism Council Traverse Awards held in Louisville, October 27. Photo provided courtesy of Answers in Genesis.

“We are honored to be recognized by the Kentucky Tourism Council, and appreciate their recognition of our marketing efforts,” said Ken Ham, president and founder of the museum and its parent ministry. “We are thrilled with the materials we produce here at Answers in Genesis, so it is very gratifying to learn that others recognize the quality of our work as well.”

The museum’s billboards took “Best of Show” honors out of more than 200 entries, in addition to receiving first place for its striking billboard campaign designed by Joseph David Advertising. Television ads featuring the museum’s planetarium and Noah’s Ark exhibits were awarded first place, and the Souvenir Guide received first place in the Visitor’s Guide category.

The awards presentation was held Oct. 27 during an evening gala at the Galt House Hotel in Louisville, Kentucky. as part of the Kentucky Tourism Industry Annual Conference. Traverse Awards are presented annually for the best work in advertising and marketing among Kentucky tourism businesses and marketing organizations. This year, a panel of out-of-state experts in tourism marketing judged 210 entries from across the state. Each entry is judged on creativity and how well it relates to its audience. 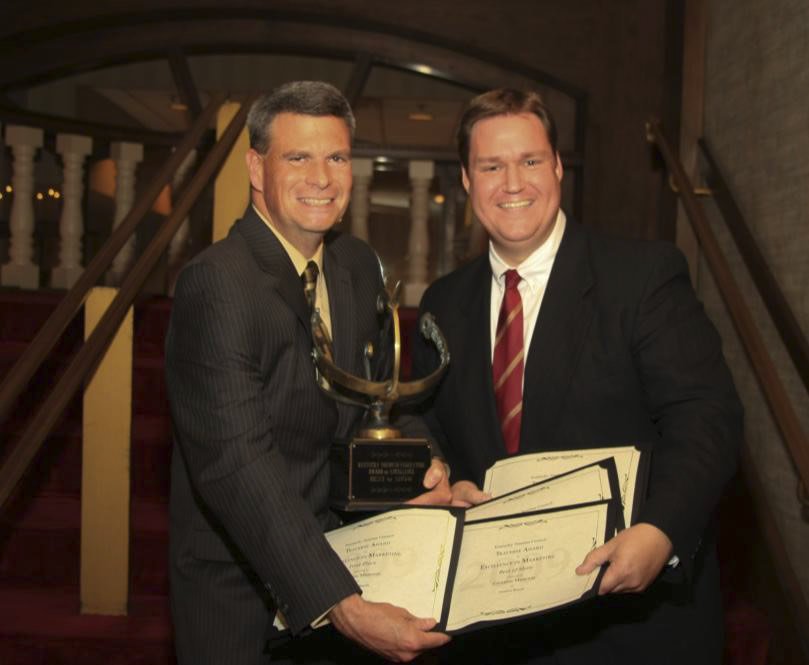 Answers in Genesis is a biblical apologetics ministry which conducts more than 250 teaching meetings each year, hosts an award-winning Web site, and produces the Answers with Ken Ham radio program heard on more than 800 stations throughout the United States. Its high-tech Creation Museum opened to international acclaim on Memorial Day, 2007, and has attracted more than 900,000 visitors since then.