Once upon a time, a young, beautiful princess was trapped in a castle tower. Suddenly she was in grave danger when a fire-breathing dragon flew toward her tower window. But a knight in shining armor came to her rescue, narrowly avoiding a fiery death as he slayed the dragon just as it swooped down. Everyone is familiar with these classic dragon stories, but is there any truth to the supposed fairy tales and legends like Beowulf, Chinese dragons, or Nessie?

What Is a Dragon?

Before the word dinosaur (which refers only to land-dwelling creatures) was invented in the 1800s, the word dragon was used. Exhibits at the Creation Museum explain how that means all dinosaurs are dragons, but not all dragons are dinosaurs.

What Clues Do Dragon Legends Give Us?

Dragons as depicted both today and in ancient times in artwork, cave paintings, carvings, and architecture look an awful lot like dinosaurs (or marine reptiles or pterosaurs). Could it be that the artists behind these depictions were drawing a real-life animal they’d seen with their own eyes? 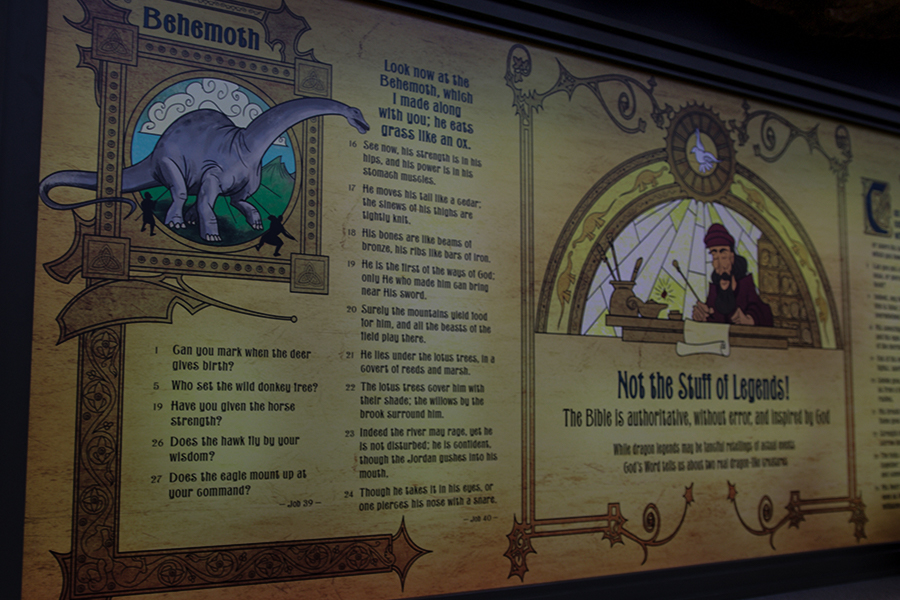 Dragons and the Bible

“Look now at the Behemoth, which I made along with you; he eats grass like an ox. See now, his strength is in his hips, and his power is in his stomach muscles. He moves his tail like a cedar; the sinews of his thighs are tightly knit.” (Job 40:15–17)

Dragon Legends at the Creation Museum

Encounter dragon legends from history and across the globe at the Creation Museum. Consult the Scriptures and decide for yourself whether dragons are myth, fairy tale, legend, or truth.