This weekend, we celebrate Jesus Christ’s death and Resurrection. When you visit the Creation Museum, you can learn more about Jesus’ life in our new exhibit Christ, Cross, Consummation (opened May 2017). This exhibit depicts scenes such as the nativity, Jesus walking on water, and Jesus raising Lazarus from the dead. 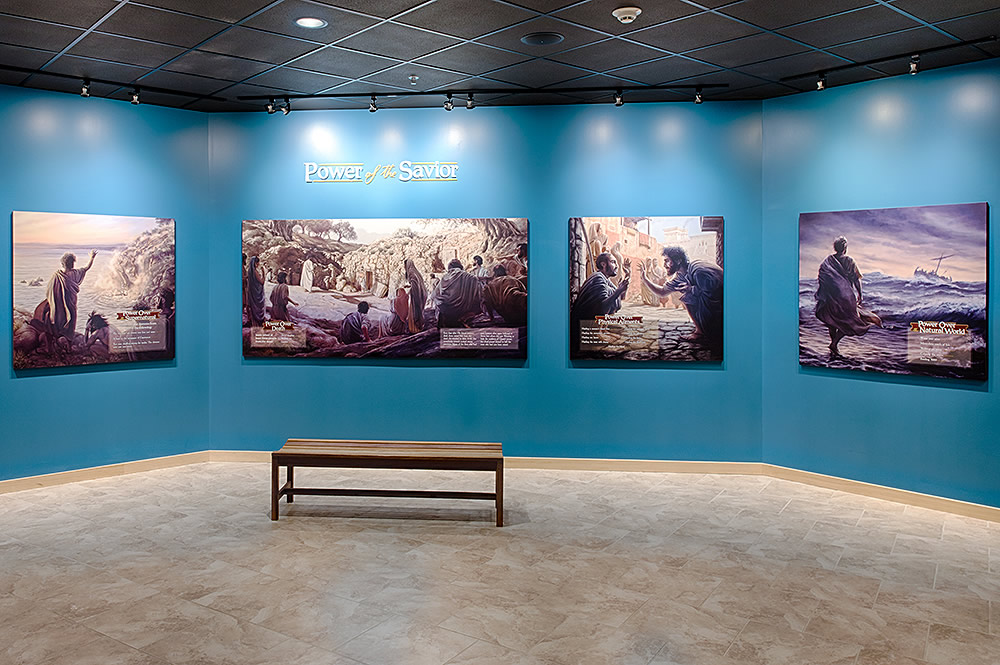 As we prepare for this special time of the year, we invite you to pause and consider the sacrifice, victory, and purpose of the Savior.

Sacrifice of the Savior

After being betrayed by one of his disciples, Jesus was arrested, led through multiple trials, beaten, mocked, and accused of blasphemy by the Jewish leaders. Although the Roman governor, Pilate, found no fault in him, he ordered Jesus to be flogged and then crucified outside Jerusalem on a hill called Calvary—the Place of a Skull. (John 18–19) 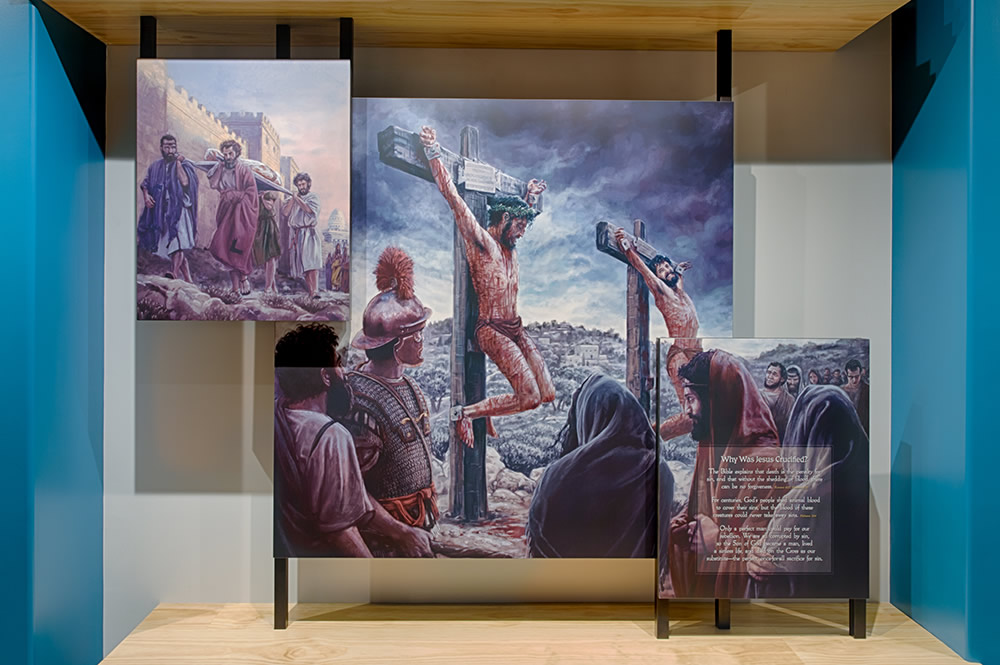 Victory of the Savior

On the third day, several women set out for Jesus’ tomb while it was still dark. There was an earthquake and an angel rolled away the stone, terrifying the guards. He told the women, “Do not be afraid, for I know that you seek Jesus who was crucified. He is not here; for he is risen, as he said. Come, see the place where he lay.” (Matthew 28:1–6) 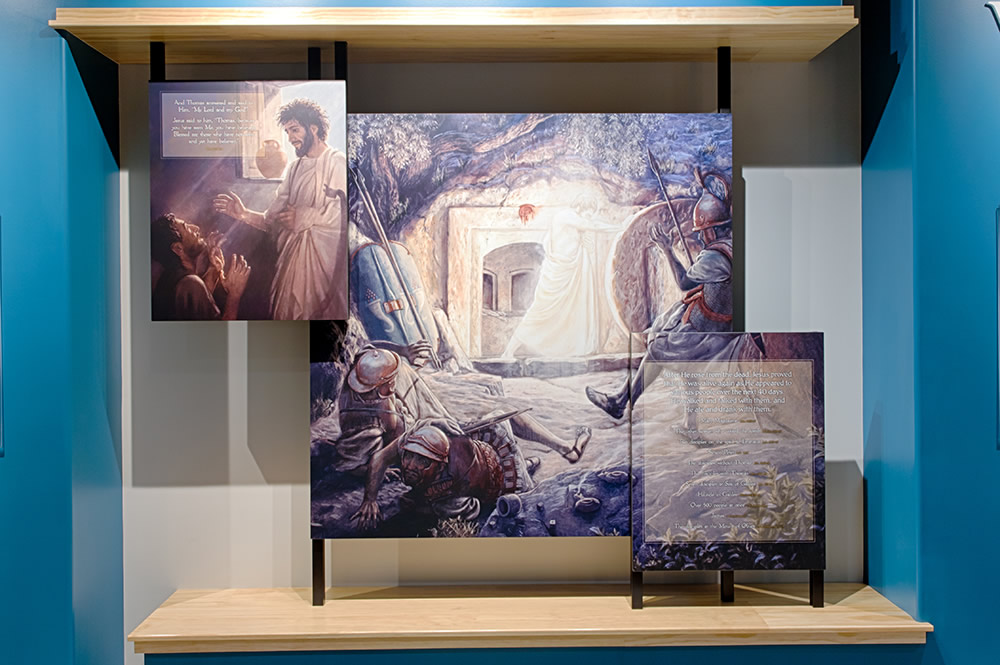 Jesus repeatedly told his disciples that he would die and rise from the dead three days later. In fact, his Resurrection was the one sign he said he would give to “an evil and adulterous generation.” (Matthew 12:39–40)

Purpose of the Savior

The message of the Creation Museum can be summarized by looking at the first Adam and the Last Adam. God created a perfect world—no death, no disease, no suffering—and he gave the first Adam life and authority over it. When Adam rebelled against his Creator, he brought God’s judgment of death, suffering, and the Curse upon this world. Like the first Adam, we all have sinned against God. Consequently, we all deserve the penalty for our sin—death and condemnation. 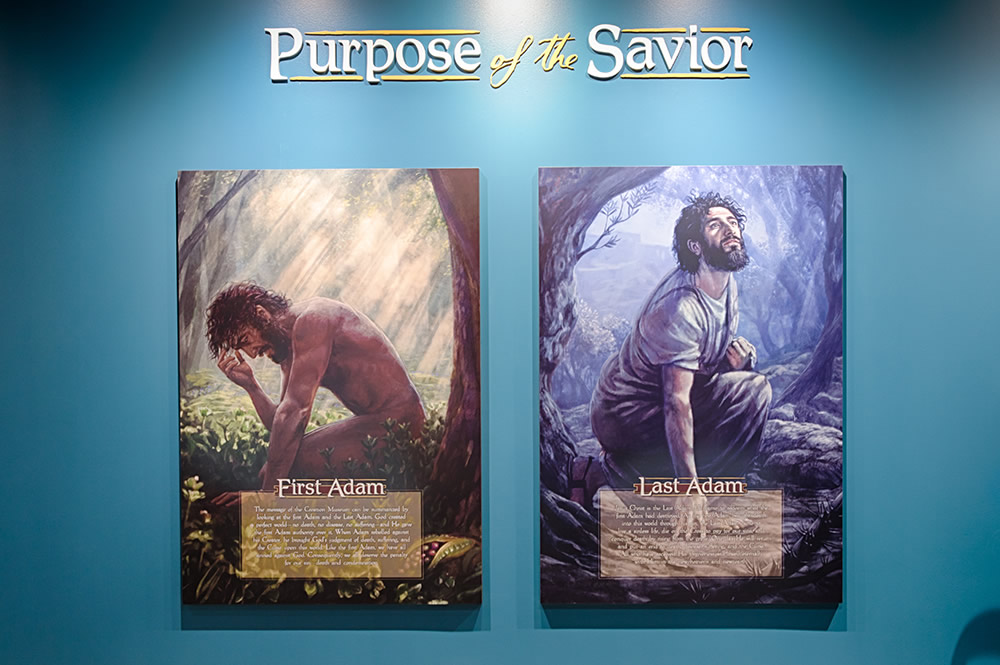 Jesus Christ is the Last Adam. He came to redeem what the first Adam destroyed. As the first Adam brought death into this world through his sin, the Last Adam came to live a sinless life, die on the Cross to pay for our sins, and conquer death by rising from the grave. One day he will return and put an end to death, disease, suffering, and the Curse. All who have received his forgiveness will dwell eternally with him in the new heavens and new earth.

Why not share this powerful message of hope during the Easter season? Inviting a friend to visit the Creation Museum with you is an easy way to introduce them to the Creator and Savior, Jesus Christ.