Guess who showed up at the Creation Museum all the way from the other side of the world? The Wild brothers and their parents, missionaries to Southeast Asia and stars of their DVD adventure series “Wild Brothers,” stopped to visit during their trip home to the United States. 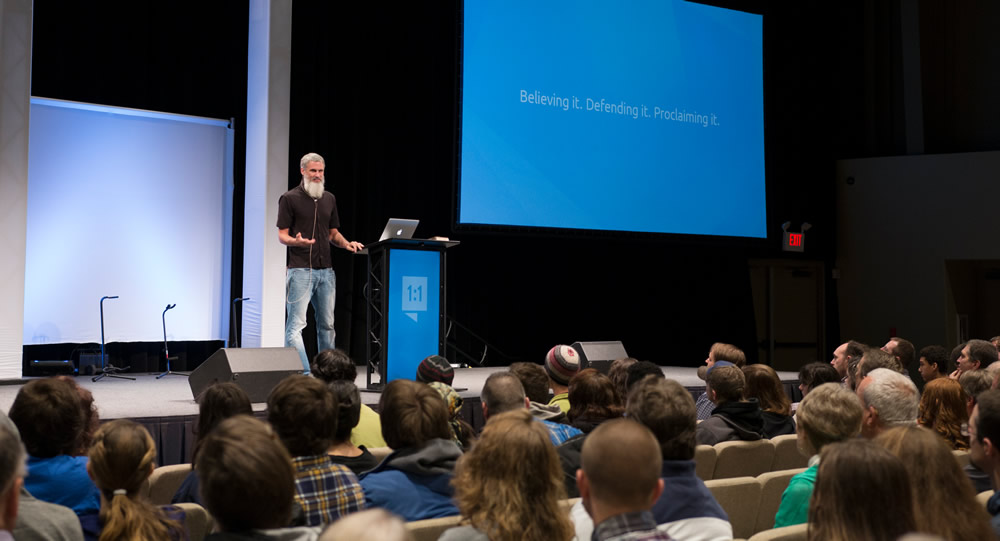 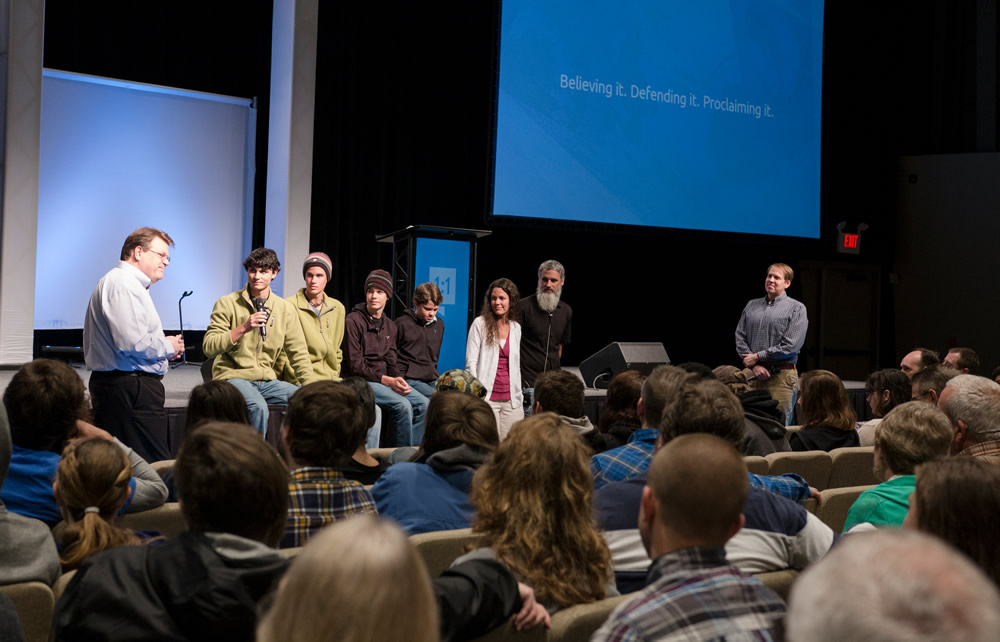 The Wilds really have unique lives in the jungle where they minister to a remote tribal people group and live off the land in many ways like the locals. Check out the questions they answered during a Q&A session today at the museum. Maybe they answered your questions too! You can watch the replay of a live recording of this Q&A by following them on Facebook.

How do you plan out what homeschool resources you will use for the next four years when you’re gathering supplies?

Libby: I do most of my research ahead of time, and I bring over as much as I can while we’re here. We can get mail, so sometimes we have friends who are coming over that bring us things, or my parents will send stuff for us. It’s not impossible during a term to get more, but it’s not instant. It’s not Amazon Prime two-day free shipping.

What kind of wildlife animal experiences do you have in the jungle?

Kian: Snakes sometimes, but not much big stuff. Not any big predators

Asher: We’re too high up in elevation so there’s not a lot of large animals. [There’s] lots of bugs.

How do you take care of your feet being in such a wet climate?

Mike: My toe nails have been busted off. . . . My toes are a mess, but actually the place where we live has well-developed paths. The jungle is real soft as well. It’s interesting because the root systems make up the ground, and there’s so many years and years of leaves piled on . . . so it’s quite soft and mossy. We usually go barefoot, or if we’re hiking a long ways, we’ll wear shoes. Usually around the house we’re barefoot.

The tribal people are incredible. Going their whole lives without shoes, their feet spread out so they’re wide. They actually use their toes when they walk, so when they’re going across a slippery log , they can use their toes to grab as they go down. . . . If you wear shoes and you get to the log, you have to scoot across because it’s so slippery. They also have really thick callouses, so they have built-in shoes on their feet. . . . Your feet toughen up quick.

Do any of you prefer wearing shoes, or would you rather be barefoot?

Mike: See how shiny their shoes are? We just bought those before we came up here.

Asher: I’d rather be barefoot.

Hudson: I personally don’t care much for shoes. They make my feet sweat and whatnot. We either wear flip-flops or go barefoot.

Morgan: With the exception of Vibrams [toe shoes] . . . when you’re hiking, that’s the best thing we’ve found over the years. [They’re] way better than tennis shoes because they can grip. We use those a lot when we’re hiking.

Libby: On a health note, when we were living in a populated village with pigs, we did have to make sure that the boys wore shoes in areas where you can get hookworm and all kinds of things. In the place where we are now, where the airstrip is, there aren’t pigs living up there.

What impact does biblical creation (the message that they are a unique creation of God) have on the people you minister to?

Mike: The Wano people are—were—animistic. They believe that evil spirits control the world. They live their lives to manipulate and appease the evil spirits so things go well for them. When we started teaching them, they didn’t have an understanding of God as He is. They just believed in spirits that were malicious and evil. We started at the beginning and taught about God’s attributes. They saw that the Lord Yahweh is head and shoulders above any of the spirits. As we went through teaching, we taught about how God created spirits [angels] and the earth. We taught the whole story and about Lucifer and how God threw him out and the spirits [fallen angels] . . . those became the demons we see today. Satan works against man. God changed his name from Lucifer to the Deceiver, the enemy. The enemy goes around and wars against man. He deceived your ancestors, and he’s deceiving you today. We develop that as much as we can into our teaching. So when they saw themselves in light of seeing God for who He really is, they were in awe of how powerful and amazing He is. As we taught through creation and the creation of man, it was really neat to see them . . . change. Before, they had never appreciated creation. Really, they never could. The beautiful places were associated with a territorial spirit. It was always about fear, ritual, and death, so they weren’t able to appreciate creation. It really did change. Now that they understand truth and those who are believers have the Holy Spirit in them, they do appreciate creation and are very thankful to the Lord for bringing His Word to them so they could have truth and understand it.

It’s neat. They’re men of the forest, and they know the forest well. Every plant and tree has a special use. The jungle is like their Walmart. They go to it for everything. They have very simple tools, but they use the jungle for everything. Now, from a Christian perspective, they thank God for all the things that He’s given them like the food in their garden. We just embellish everything in teaching and say, “God could have just made one type of sweet potato. . . . Why did He make all this variety in bananas and the red fruit? Does God need to eat? Is that why He made all this stuff?” We already taught them He doesn’t need to eat; He’s outside of creation. He made it for us because He loves us. A lot of teaching like that has taught them to thank God.

We were talking about this last night—we don’t understand it here in America because of the context we live in. But the curse of the earth, man will toil and there will be thorns that rip his flesh—these are things that they live with every day. It’s hard to imagine, but the way the Wano live still in many places and many tribes like that is literally at the same level as animals or just a step above. . . . No medicine; if you get cut, it festers and there’s flies. They sleep on the dirt with their pigs. . . . Every day is just about survival. If they get sick, they die. The Wano had about a 75–80% infant mortality rate before we came, so most women had lost three out of four kids. The babies died like crazy. They wouldn’t bathe because of fear of this spirit. They were locked into fear of the spirits. They mutilated their bodies. That’s the context.

But they understand—the Bible is so clear to them when you teach them. . . . The curse on the earth is real. It’s real to them. They go out, and they get sliced up by thorns everyday. They knock their toenail off, they bust their toe because they’re trying to work in the garden. . . . Many of the teachings from the Bible are just so colorful and so real to them.

Libby: True biblical Christianity gives a lot of worth to women. And women in the tribe are just looked at as property and aren’t taken care of or coveted by their husbands. They just have hard lives and work very, very difficult day-to-day lives. The gospel has shown women that they are valued and that the Lord loves them, and they have hope for eternity now because of what Christ did for them. I think that really changed how they view themselves.