Saint George and the Dragon in the Creation Museum Bookstore

Did you know the Creation Museum bookstore has a sculpture of St. George slaying a dragon—right over the main entryway? Here’s the story behind it. 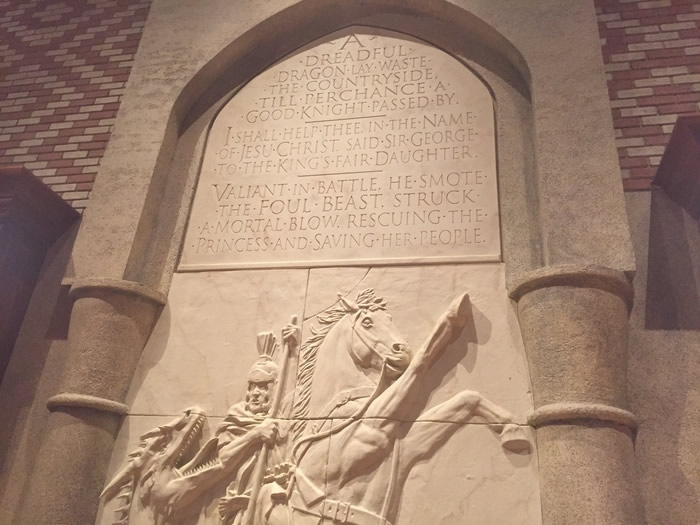 The legend of St. George was recorded around AD 1260 in The Golden Legend, a book about early saints. The story is much older, however, originally taking place during the turn of the fourth century. According to the account, George, a knight from Cappadocia, Turkey, passed through a city in Libya, Africa. There he met a princess on her way to be sacrificed to a dragon that was terrorizing the land. She bid George to depart, but instead he went ahead and defeated the dragon, bringing it bound into the city.

George then told the people to believe in Christ and be baptized. In turn, George promised that he would slay the dragon before them. Fifteen thousand men, not counting families, were baptized into the church, and the dragon was beheaded. The story goes on to record the terrible persecution Christians suffered at the hand of Emperor Diocletian. George sold all he had and gave up his knighthood to preach against the false gods of the Romans. He was taken to prison, tortured, and later beheaded for this faith on April 23, AD 303.

The sculpture of St. George and the Dragon was first created as a quarter-scale model in clay, and then scanned into the CNC (Computer Numerical Control) computer, which created a 3D negative mold. Hydracal plaster was poured into the mold and, after curing, was installed in pieces. St. George needed a good bit of detailing and a light marble faux-finish to make the sculpture complete.

Our annual Answers for Women conference is coming up April 15–16. At the 2016 Answers for Women conference, you will learn how to avoid being “tossed to and fro by every wind of doctrine” and will be equipped to “speak the truth in love” (Ephesians 4:14–15). Join us for solid teaching from God’s Word that will encourage us all to engage our culture with wisdom and grace. Register today at AnswersForWomen.org.

One of the primary goals of Creation Museum is to emphasize the authority of Scripture in every area of life. Since the Bible is God’s Word, and since God cannot lie or make mistakes, His Word is true from beginning to end.

At the Creation Museum, you’ll learn how God’s Word has held up under every attack. You can find out more about our biblical authority exhibit on the Answers in Genesis website. 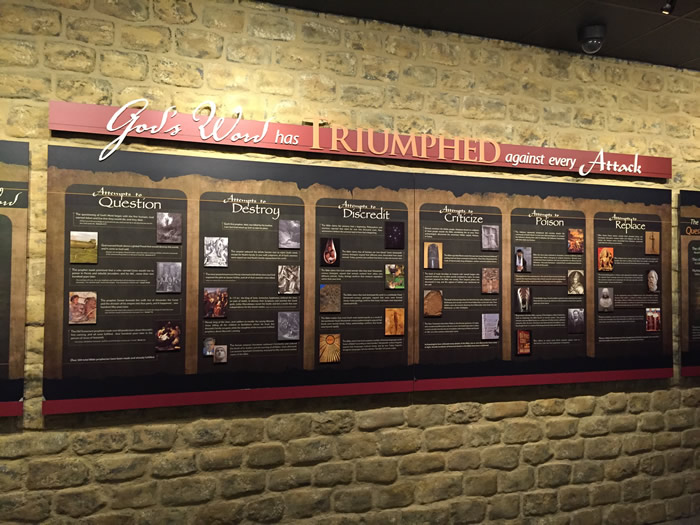 Verse of the Day

Cease from anger, and forsake wrath; do not fret - it only causes harm. (Psalm 37:8) 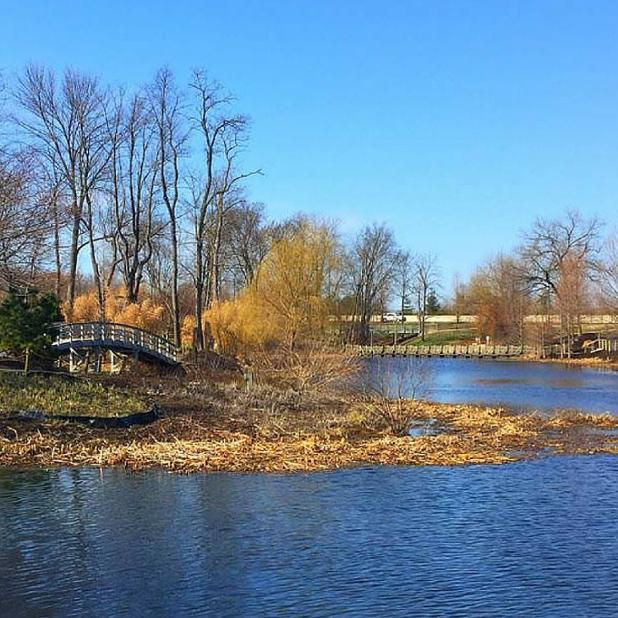 Stay informed about what’s happening at the Creation Museum by signing up for email updates!

Now through June 30, 2016, buy two adult tickets and get two child tickets free, plus get two more free child tickets that can be used the same day or given away. 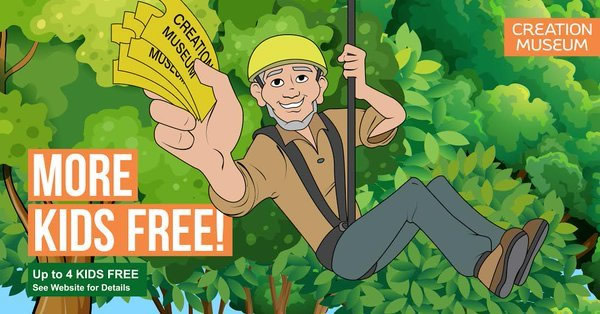