Sign Language Interpreters Hone Their Skills at the Creation Museum

For the second year in a row, the Creation Museum hosted an American Sign Language (ASL) workshop on the evening before Deaf Day. The instructors, Gail Maue and Nancy Basil, prepared the workshop called The Creation Museum: The Big Picture for professional interpreters to learn more about the basic concepts of the ministry and the signs to help convey AiG’s message.

While last year’s workshop focused on scientific terms and principles like atoms, genes, DNA, carbon dating, and more, Nancy and Gail wanted to broaden the scope this year. With tables and chairs set up in the museum’s Main Hall, they covered some of the material there, then moved into the Special Effects Theater to put the participants’ hands to work practicing sections of Men in White and Last Adam. The Men in White show challenges interpreters with its rapid-fire dialogue and weighty topics, plus not all interpreters have experience doing dramatic interpretation or working as a team with another interpreter, which is the best way to interpret Mike and Gabe’s ramblings in the show. So this part of the workshop was a great opportunity for the interpreters to get a taste of doing that without having to worry about an audience—other than Gail and Nancy, who are extremely patient and helpful. 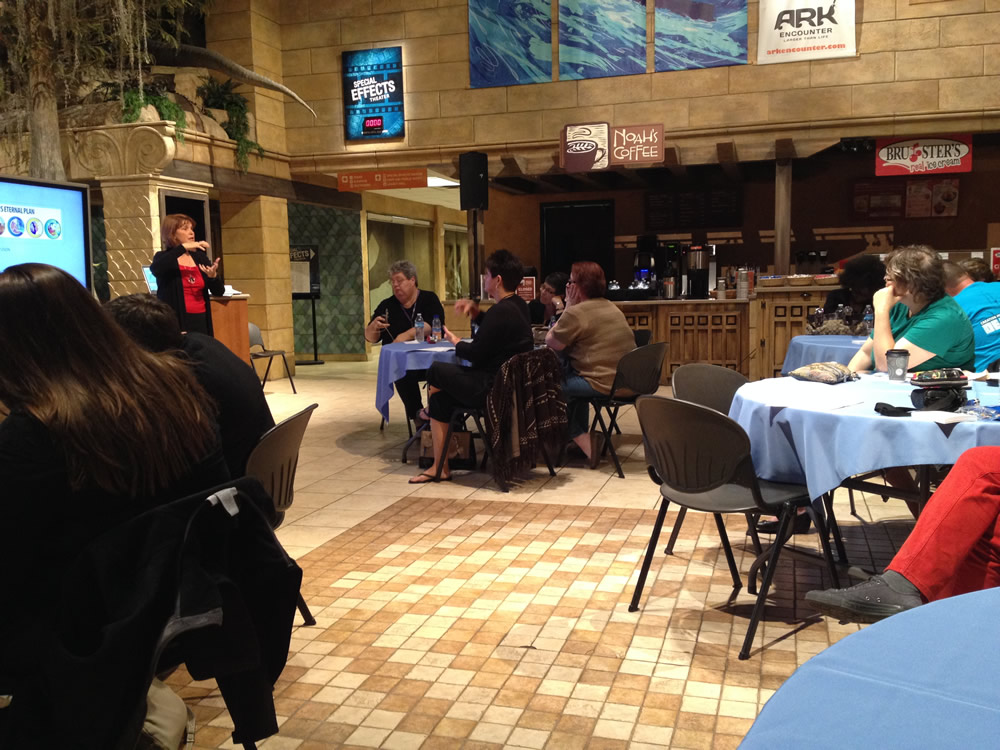 Later the class took a “field trip” to the Lucy exhibit in the Starting Points room, where Nancy and Gail had asked me to explain the exhibit and the museum’s emphasis on the fact that we all have the same evidence, but biblical creationists and evolutionists have different starting points, resulting in different conclusions drawn from the evidence. After heading back to the tables, the group worked on the signs for the concepts learned and dug a bit deeper into other exhibits and shows. 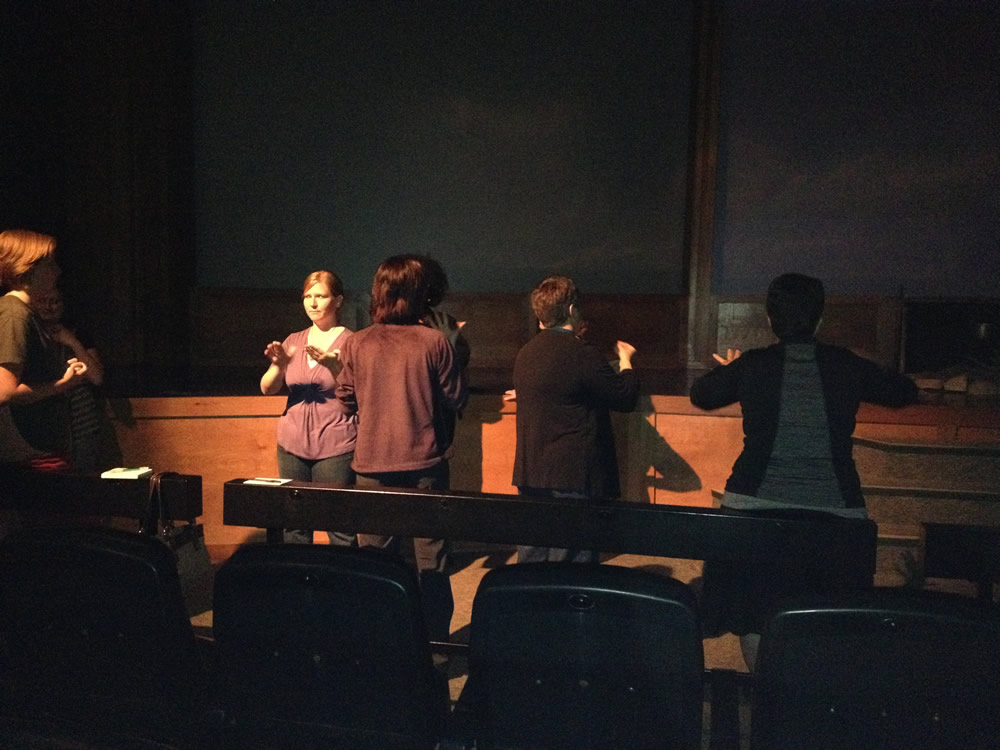 I’m always amazed to watch the workshop and see how complex ASL is. For example, when a term like “resurrection” is tackled, students show several different ways they sign it, and usually all of the ways are correct, just like there are multiple ways of saying the same thing in English. The workshop helps the volunteers be consistent by teaching certain ways to sign certain words while working in the museum. Nancy and Gail, with the help of Deaf volunteers and other veteran volunteers, created a sign for the kinds that is the family sign done with the fingers forming k. Usually when people sign kinds when referring to animals, they would use the same sign as species, so we did not want to create confusion that way. So, if an interpreter is signing a lecture at the museum and kinds comes up, he/she will first explain the new sign, then use that sign throughout the rest of the lecture. The new sign helps show that the kinds usually refers to the family level of classification.

Participants included both volunteers and other interpreters who received a ticket for Deaf Day with their registration. After three hours of interactive classtime with some quirky fun mixed in, the interpreters had earned CEUs approved by the Registry of Interpreters for the Deaf (RID). Most importantly they had honed their professional skills in ways that will prove useful at the Creation Museum and beyond.

*Stephanie McDorman authored this post for the Creation Museum blog.