The Debate Lives On

It doesn’t seem possible that just last February 2014, the Creation Museum hosted the Bill Nye/Ken Ham Debate. It seems so long ago that we were feverishly working to get all of the logistics done before the debate was viewed by millions! Since that memorable event, Answers in Genesis in conjunction with Master Books has published the book Inside the Nye Ham Debate. Many of our guests realize when they go to hear our noon speaker that they are sitting in the room where the great debate took place. What they don’t realize is they are benefitting from that debate because Legacy Hall received a massive overhaul of its audio, video, and lighting since we knew there would be a huge viewing audience. We couldn’t have done it without the tremendous efforts of the staff from various departments working long hours leading up to the event. But to this day, find a fellow Christian and ask him if he saw the debate, and his eyes will light up and you will enjoy a pleasant conversation—that is, if he is a Bible-believing creationist!

Recently, Ken Ham’s nephew, David Ham, who is an award-winning student artist at a Christian college, produced the following using the stipple technique: 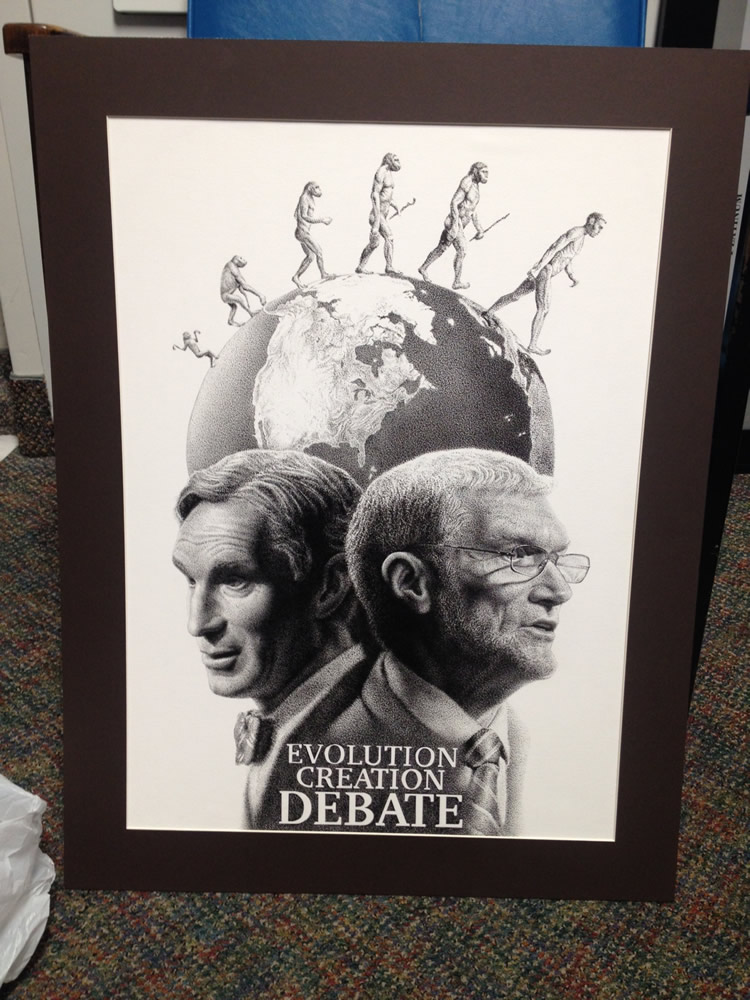