Legacy Hall gets a Makeover

Recently we caught up with Doug Nelson, our A/V manager at the Creation Museum, and asked him about the work that was done in Legacy Hall. Here’s what he had to say:

Why did you have to re-do Legacy Hall?

The lighting that was in Legacy Hall consisted of three separate lighting systems, some of which were left over from when the room was a warehouse. With the old systems, we were unable to control the lighting and the over light in the room was spotty and not uniform. With the old lighting, the sides of the room were dark and we were unable to light up tables if an organization was set up in the back of the room or on the sides. The old lighting was also very power hungry and generated an extremely high amount of heat. The new house lighting fixtures are LED, so our power and air-conditioning usage will be considerably less. We have also upgraded the switches in the wall to provide better lighting access to the guest services, maintenance, and accommodations staff members. This new lighting system will also provide better lighting for use in video productions and streamed events and will save money that was previously spent in lighting rental during such events.

We also removed the projectors from the old truss and mounted them on pipe off the ceiling, which will give us more flexibility with lighting. In the past, lighting fixtures could not be mounted anywhere near the location of the projectors because of the heat and shadows. And if someone had to reset lighting for an event, the projectors would have to be readjusted because the weight on the truss would shift, throwing the projected image off. 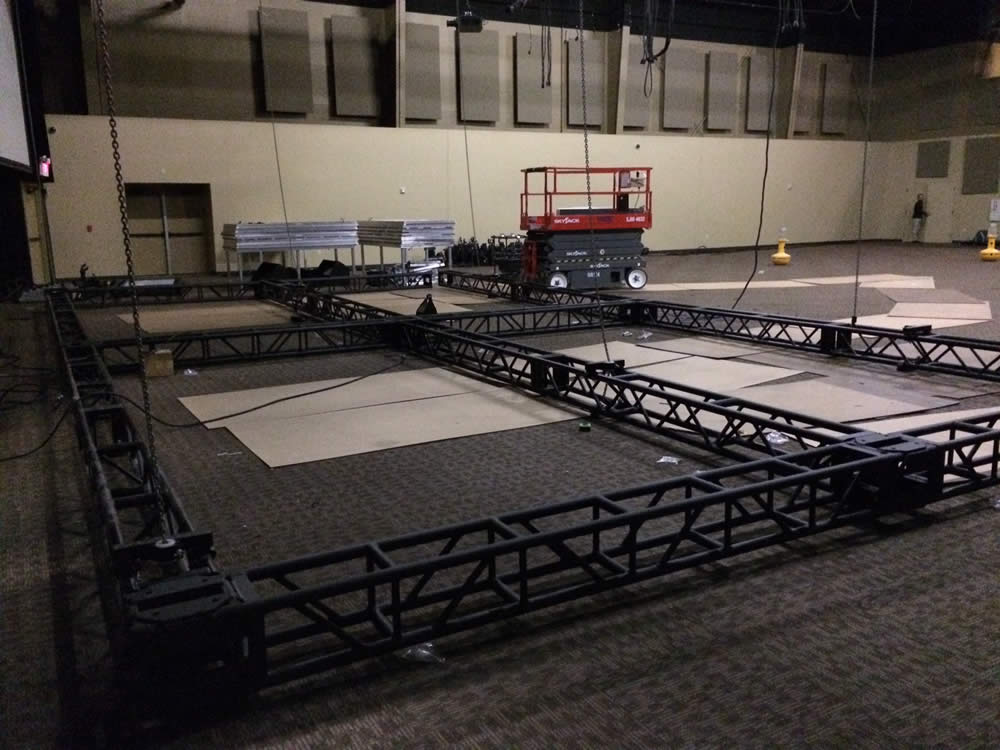 How many days has the overhaul taken so far?

The work started on January 5th, and we just passed our building inspection to occupy on January 28th. We still have some minor work that will be finished by the 29th.

How many more lights have you installed?

We have roughly 50 new LED fixtures for the house lighting, but we removed all the old fixtures (fluorescents, high bays, and back incandescent fixtures) that were used for house lighting. 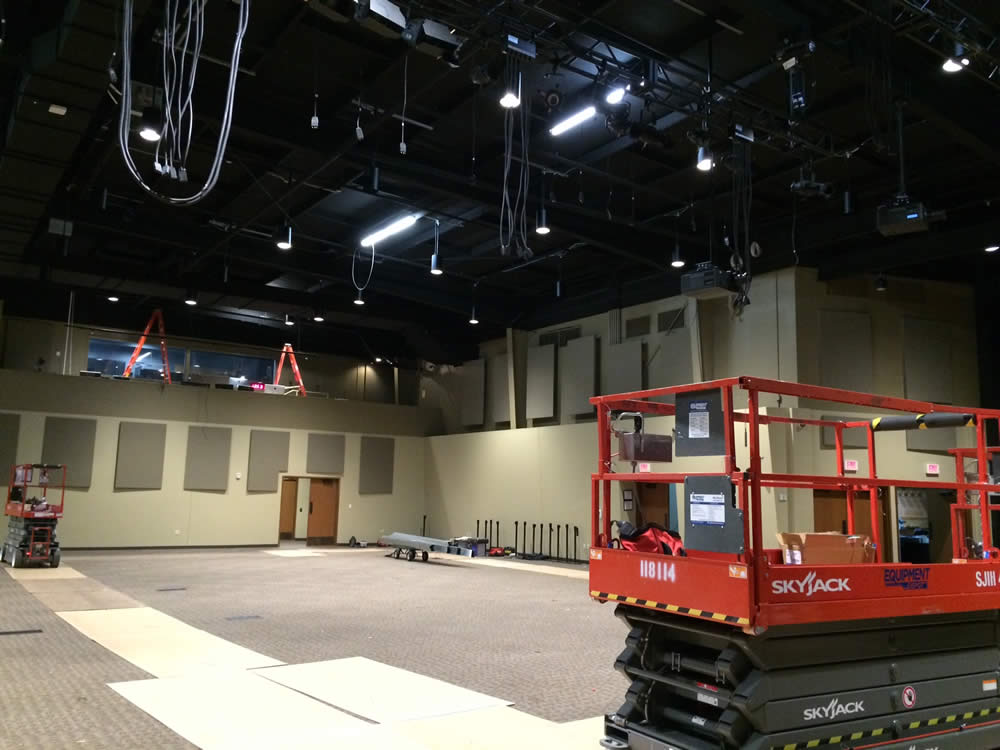 What type of cameras or video equipment is now being used in Legacy Hall?

All the video equipment in Legacy Hall is cutting edge. In the past, we had to rent equipment for large video productions, but now we are using a Panasonic HS6000 2ME live video switcher. We also added two Panasonic 370 cameras and one Panasonic 250 camera for the jib and new headsets for the video team to be able to talk to each other with. 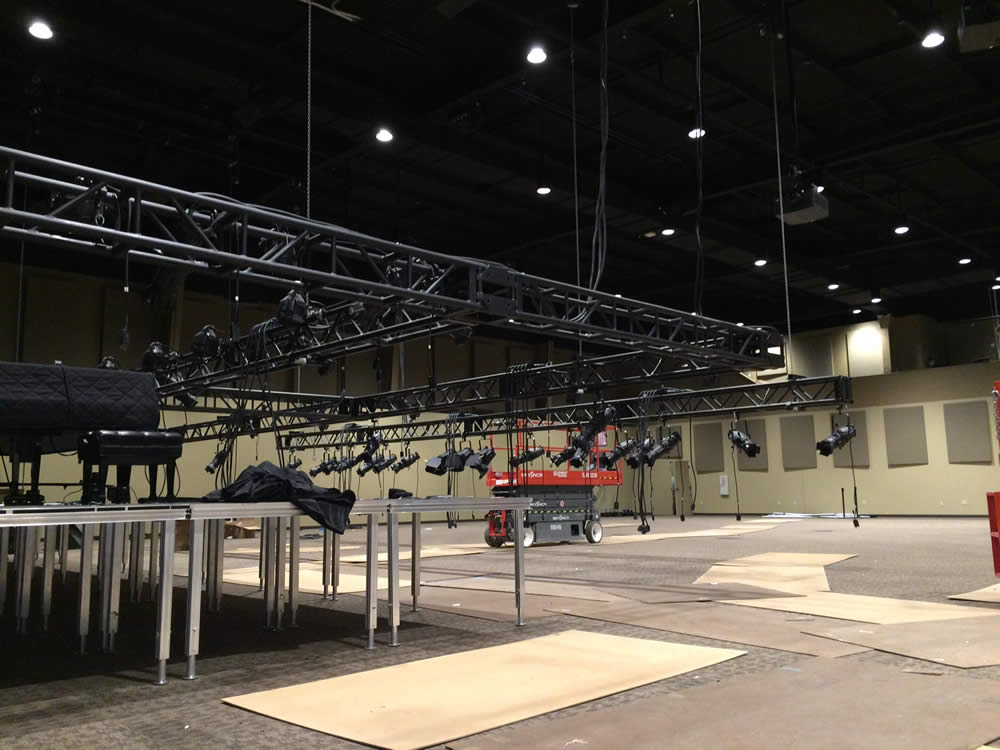 Where else in Northern Kentucky would you find this level of quality?

It is hard to say where you could find this technology being used. Some of this technology is used in various capacities around the area. But it is not common for all the technology to be used together for a room this size, which can be used for a 1000-seat conference one day, a dinner the following evening, and a live-streamed event like the Ken Ham/Bill Nye debate a day later. I think the only other location in Northern Kentucky that is set up with most of this technology (and some more) would be the College of Informatics at Northern Kentucky University. But that facility is not designed for the same sort of events.

Why will this make for better audio/video presentations?

Mainly, lighting is the king to a video production. Lighting is also used to make a room’s atmosphere more comfortable for guests. 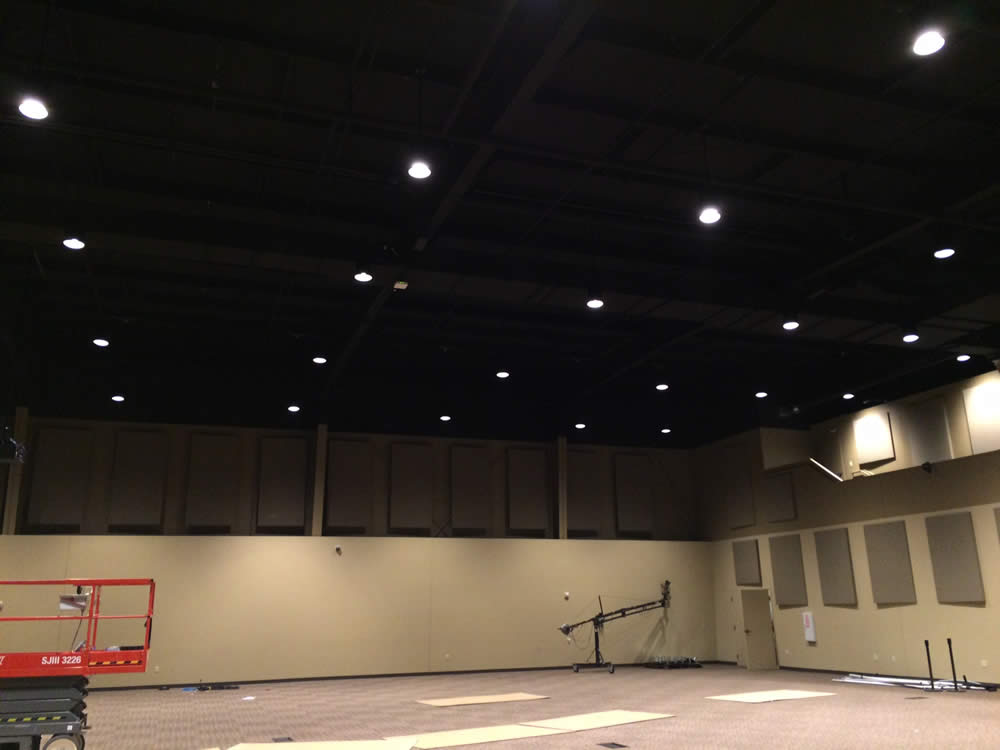