Spirits were high as the group of intrepid spelunkers made their way down the trail towards the cave entrance. As they stepped in, they could feel a cool breeze exiting the dark opening. Many were first-timers and didn’t know what to expect, but excited anticipation kept them moving forward. 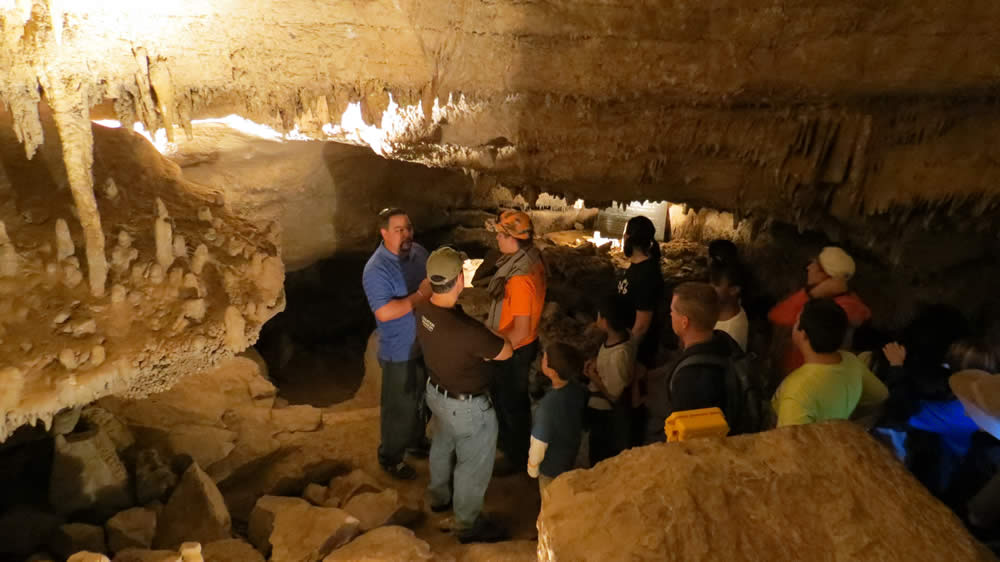 Sounds like the opening to an adventure book, doesn’t it? But this was the true experience for a group of over 140 people as the Creation Museum sponsored a visit to Cumberland Caverns in McMinnville, Tennessee, over the Labor Day weekend. 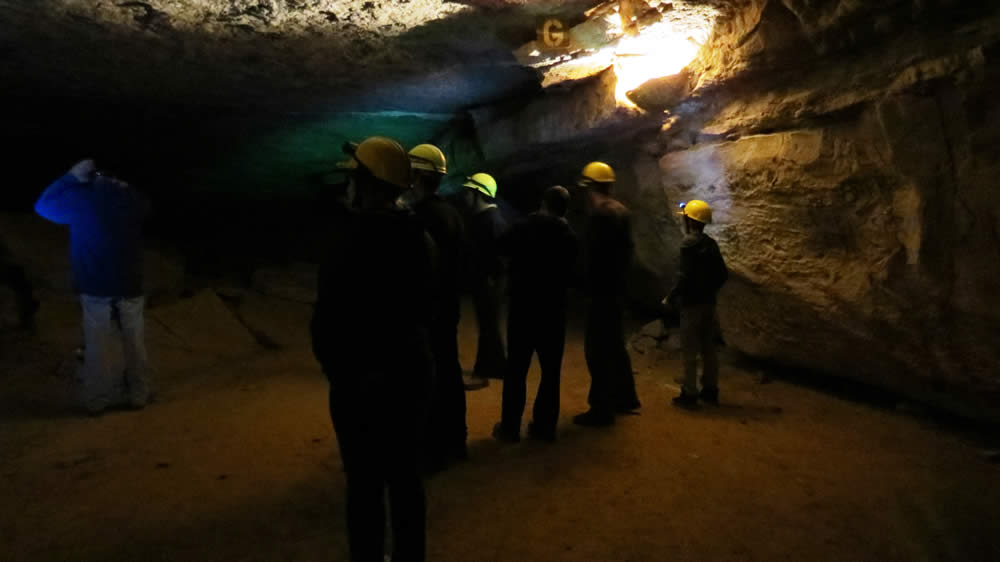 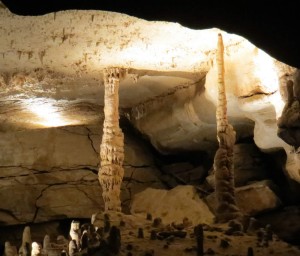 The venture started with a tour. The guide, also a local minister, made insightful analogies relating the Christian life to the water and formations found within. This cave is a very active one, with water flowing through it at several locations. He pointed out that the cavern is not dead, but actively growing because of the water. He related this to Christians who are no longer dead in their trespasses and sins because of the “living water” of Jesus Christ. At one point along the path, there was a pair of columns stretching from the floor to the ceiling. But, when we looked carefully, we saw that the column on the right was truly only a stalagmite (a formation that projects upward) because it was two inches short of the roof of the cave. It was known as the Sad Stalagmite. You see, it was sad because it never grew to its full potential; it didn’t make it to the ceiling. And there was no hope for it to do so because the waters that allowed its formation had been cut off. And, just like this stalagmite, Christians who cut themselves off from the “living waters” never reach the full potential that God has planned for them. But, unlike the stalagmite, which had no choice in being cut off, Christians sadly often choose to cut themselves off from the “living water” by neglecting their relationship with God. 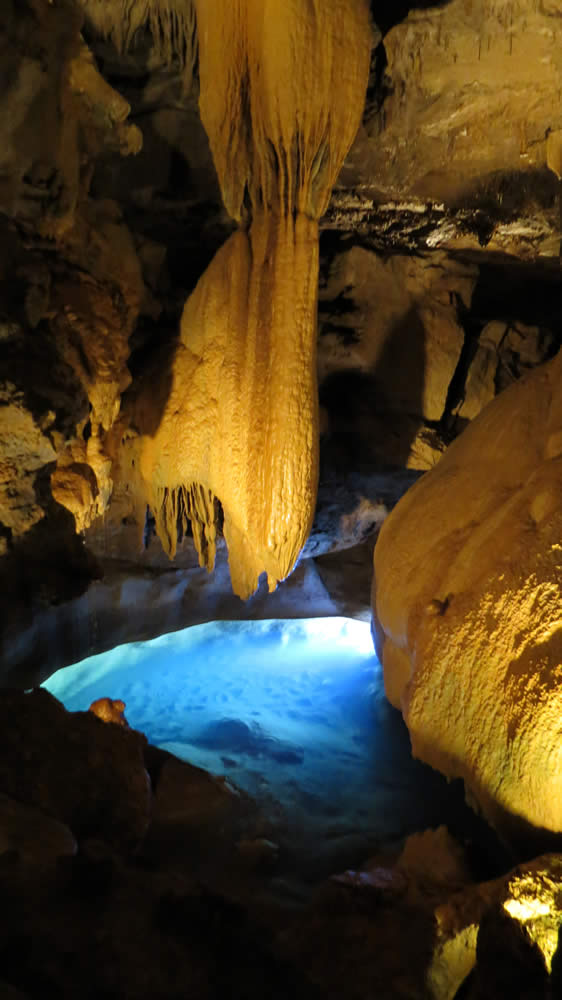 The tour ended as the group made their way back to the dining area where a tasty dinner awaited them. To cap off the meal, the group was treated to a concert featuring Buddy Davis. Given the opportunity to make requests, the group called out their favorites and a toe-tapping sing-along ensued. 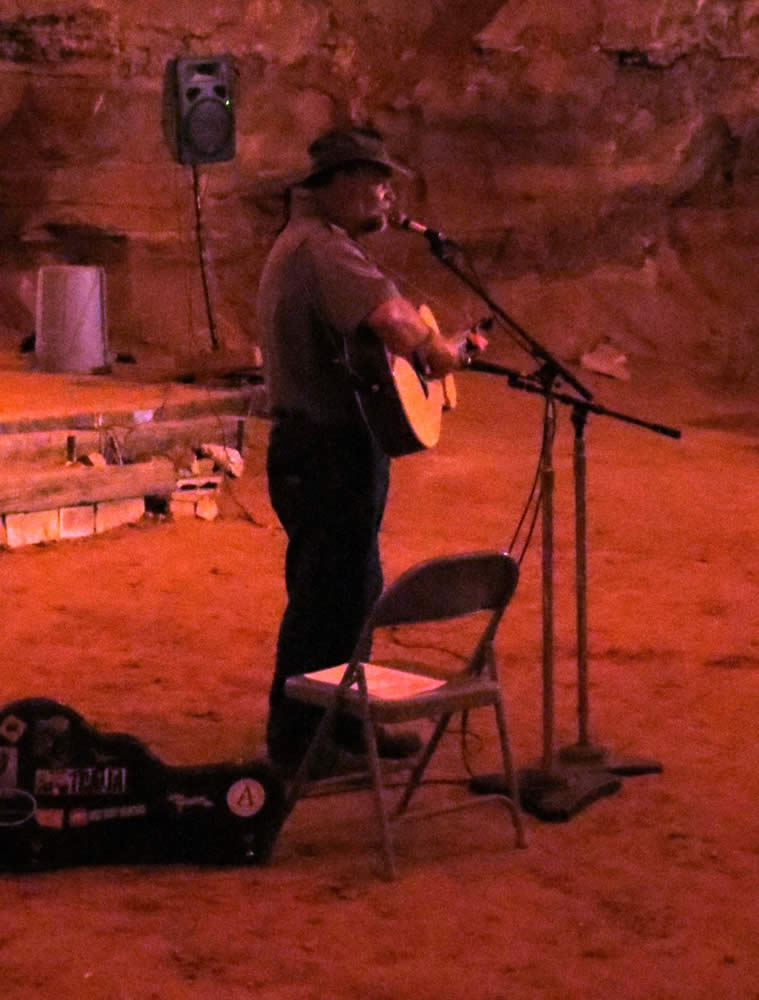 After the meal and concert, some folks chose to head home while others prepared to sleep in the cave. The most adventurous members of the group embarked on a wild caving trip (it gave new meaning to the concept of “Labor Day!”). After many tight squeezes, daring climbs, army crawls through small tunnels, and slogs through mud, the hardy group made it back, exhausted but intact (if you don’t count a few scrapes and bruises), and ready for bed. 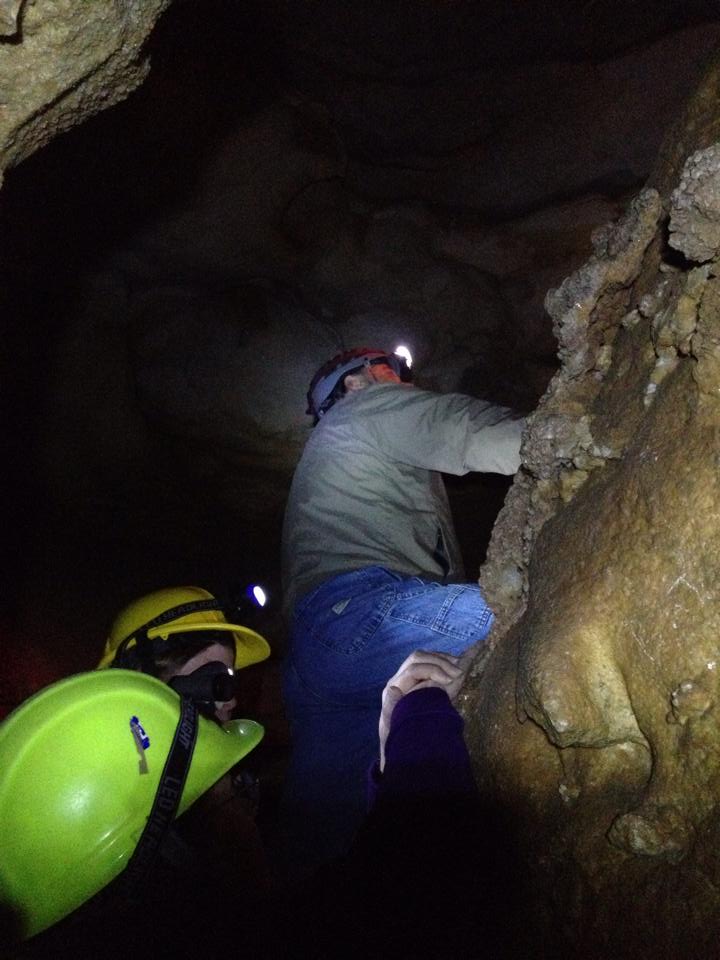 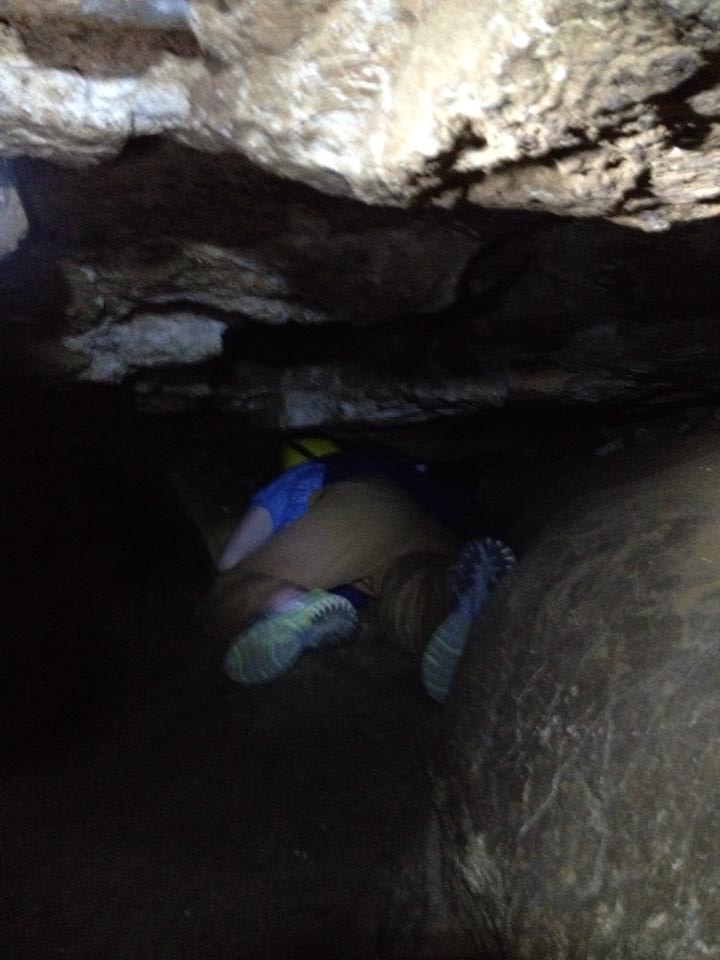 Crawling Through a Tunnel 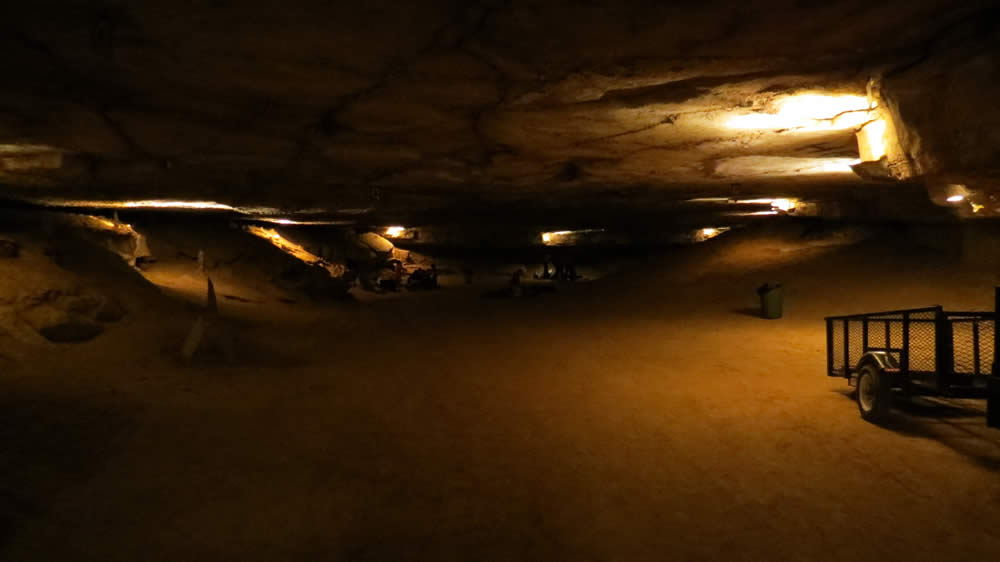 The next morning, the cavers woke to a cereal and pastry breakfast. Then Buddy gave a devotional on the significance of caves in the Bible. As the adventure came to a close, people packed up their belongings and made their way back to their cars. On the way out, many asked what the plans were for the next visit to Cumberland Caverns. Keep an eye on the Creation Museum Caving with Buddy Davis website for an announcement of next year’s date. 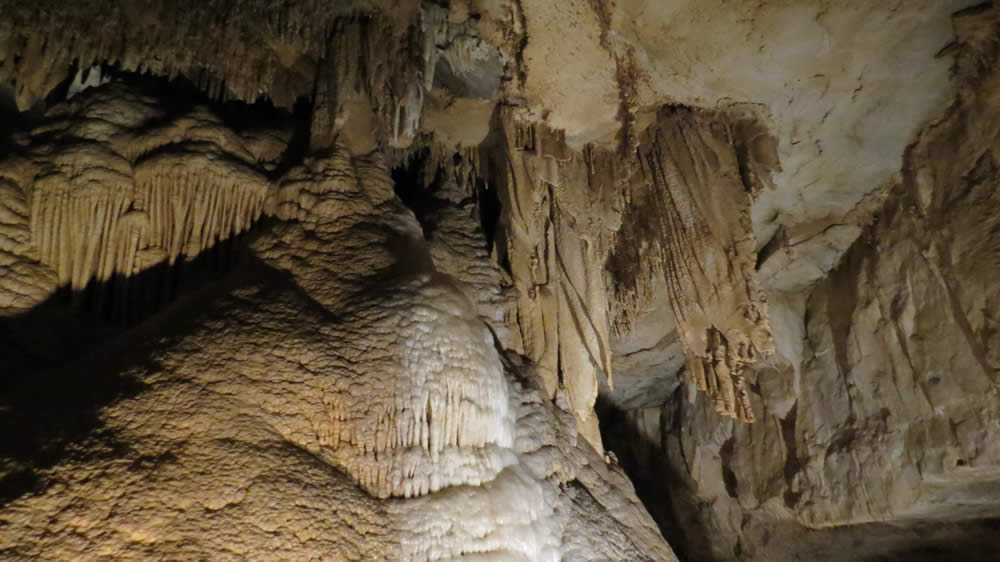