Cameroon Chameleons at the Creation Museum 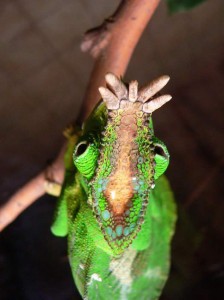 The chameleon exhibit at the Creation Museum features live chameleons, a video, and an informative sign. We show the amazing design that God used when creating these unique reptiles. However, you may be interested in knowing a few additional things about our chameleons.

Most chameleons are solitary by nature. But four-horned chameleons—the species we have—generally tolerate each other pretty well and are not as aggressive towards each other like many species. Usually, we display two or three chameleons at any given time—a male and one or two females.

You may need to look very carefully to find the chameleons in the exhibit. Often, guests will look for some time before finding even one of them. They really are masters of disguise, not because they change colors (they don’t really change to match their background) but because they are usually shades of green or brown, the most common colors of the plants in nature. Plus, they often sit still for long periods of time making them hard to detect.

Four-horned chameleons commonly have four horns, as you might expect. But many individuals will have only two while some have as many as eight, so counting horns is not a way to identify the species. We previously had a male with five horns, even though typically four-horned chameleons have horns in multiples of two. Only males develop horns, so it’s easy to tell the sexes apart as they grow. When four-horned chameleons first hatch, they don’t have any horns at all.

Most chameleons are found in sub-Saharan Africa and Madagascar. Some are found in North Africa, southern Europe, southern India, the Middle East, Sri Lanka, and several smaller islands in the western Indian Ocean. Our four-horned chameleons originated from the mountainous areas of the African country of Cameroon.

We started with four wild-caught chameleons—two males and two females—because four-horned chameleons are not frequently bred in captivity.  Although we only have one wild-caught chameleon from the original four (a female), thankfully we had success in breeding those two pairs and still have some of their progeny. Hopefully, in the future, those offspring will have their own young. 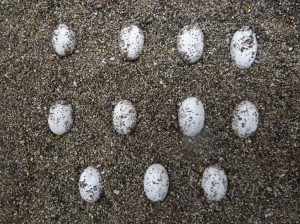 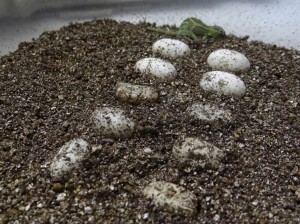 Eggs hatching with baby in background 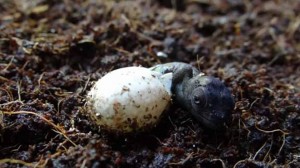 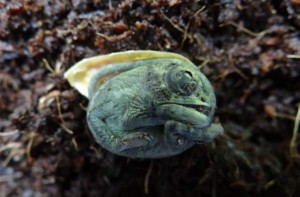 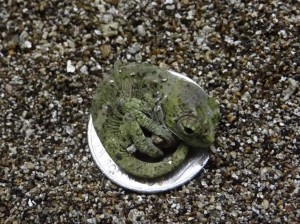 I’ve only seen this once. I guess this guy was comfortable being curled up as he was inside the eggs. Shortly after this pic was taken, he uncurled and climbed up a branch. Baby on a dime. 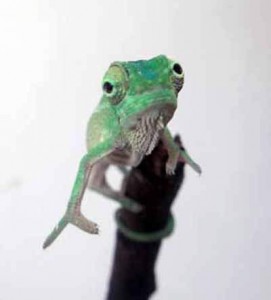 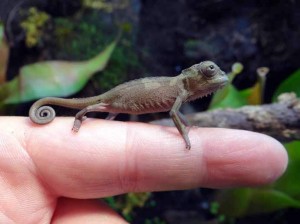 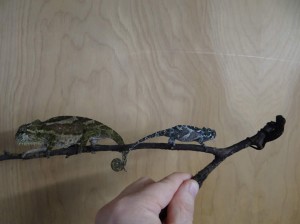 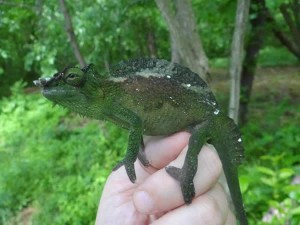 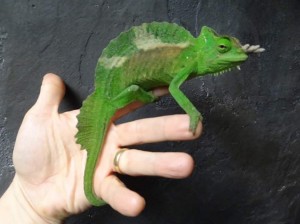 Same male all grown up at 23 months old. This male is currently on display.