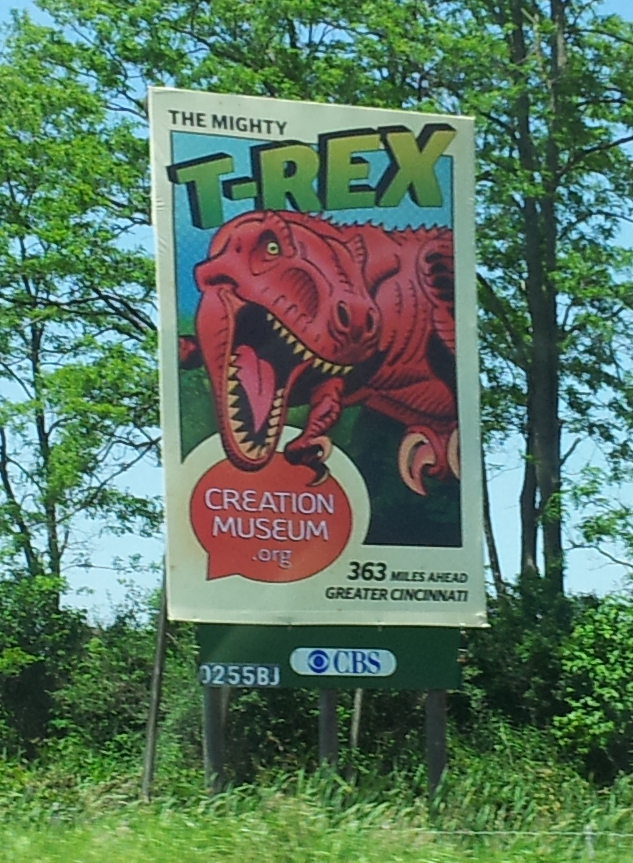 This billboard appears on the Pennsylvania Turnpike, just east of Pittsburgh.

Dinosaurs are popping up from New York to California in the Creation Museum’s latest billboard campaign.

So far, over 100 billboards have been secured, including 58 that are located along major interstate highways. Creation Museum president, Ken Ham, hopes to see at least one board per state—including Hawaii!

Check out the recent article on the Answers in Genesis website to see more designs and find out a little more about the background behind our advertising efforts.

Are you or your church interested in sponsoring a billboard in your area? Contact us and we will help you get started!