During the popular Snakes Alive workshops, herpetologist Rick Teepen will introduce you to a variety of reptiles, including snakes, lizards, and an alligator. He also incorporates a strong Christian message into the program.

All of the animals used in the program are captive-bred. If you are interested in keeping a reptile as a pet, it should be captive-bred also. From time to time, we will highlight one of these fascinating creatures that God created for us to see, enjoy, and learn about. 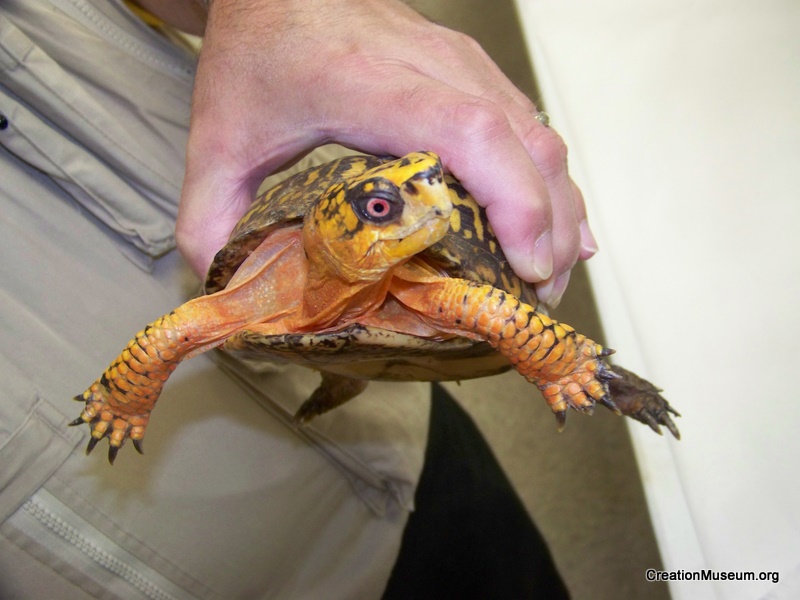 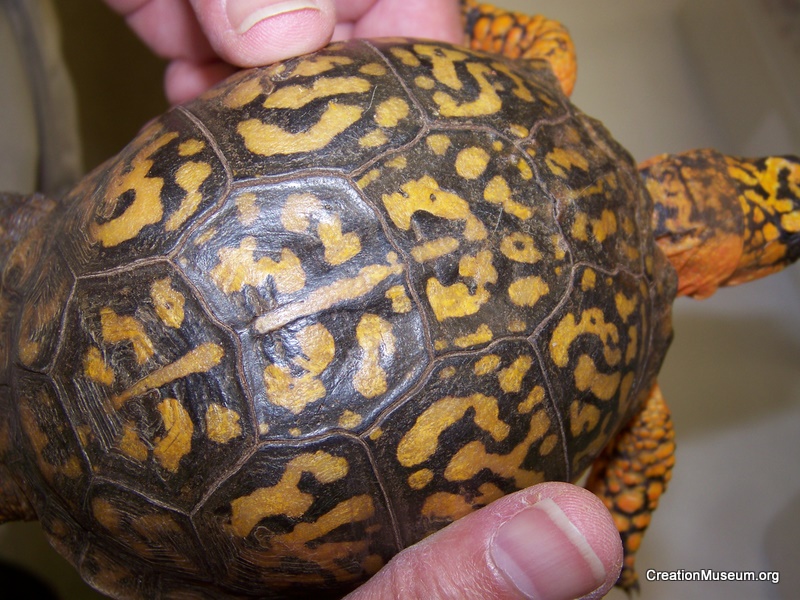 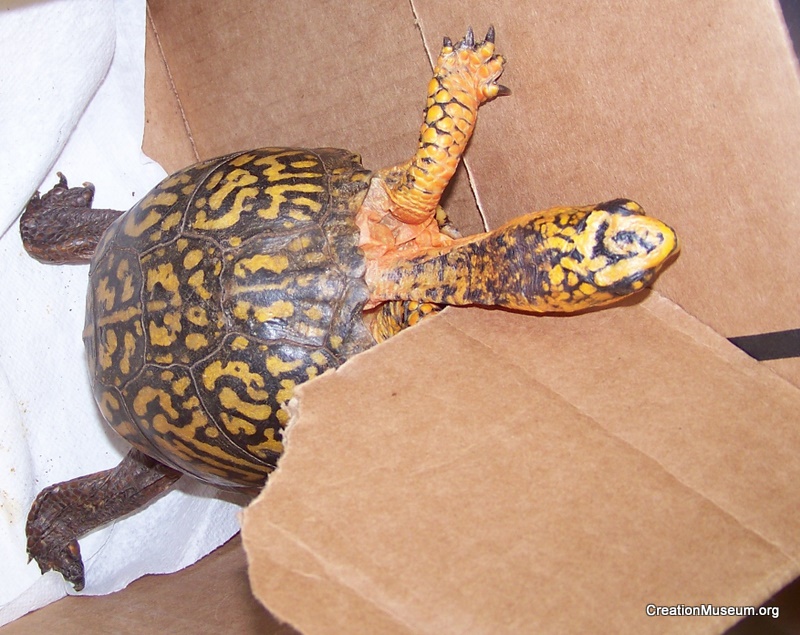 Box turtles are omnivores. They eat anything they can catch as well as a variety of vegetation, fruits, and berries. These reptiles occupy a variety of habitats but mostly prefer woodlands. They lay between one and seven eggs in the spring that hatch in the late summer or early fall. Adult turtles grow to about eight inches long. The average life span is around 50 years, but they can live to be 100 years old. Male box turtles have red eyes and a concave plastron (lower shell) while females have brown or light orange eyes and an almost flat plastron.

Turtles defend themselves by biting or closing their shells. Common predators include skunks, minks, raccoons, and dogs. Box turtles are declining throughout their range due to a loss of habitat and pressure from the pet trade.

Visit our website to learn more about Snakes Alive, and check the Creation Museum Events Calendar for dates and times of this fascinating program. It will be offered three different Saturdays in September, 2011.