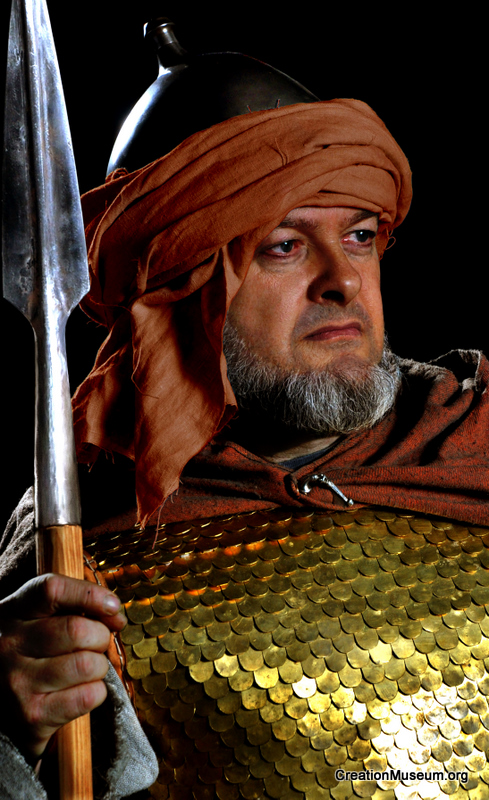 This Christmas you can once again experience the story of a life transformed from shame to hope. Travel along with a Temple Guard on the road to Bethlehem, as he marches to fulfill the orders of the evil King Herod to assassinate the child born “King of the Jews.”

This character is portrayed by Deks Nordguist, a man who has long studied the ancient Roman world. In 2008 Deks portrayed a Roman Centurion for the Creation Museum’s Christmas program, bringing his own armor and costume. He later spoke at an Answers in Genesis staff meeting dressed as a Roman tribune. In character he described life in Israel during Roman occupation 2,000 years ago, giving a historical context to the time when a “rebel” (in the eyes of many Romans, he said), Jesus Christ, was living—and ultimately dying on the Cross. Deks’ attention to detail and familiarity with first-century Israel is readily apparent in his portrayal of the Temple Guard, Hyam. Deks has portrayed The Temple Guard during the 2009 Creation Museum Christmas Program and in two special performances on Good Friday earlier this year.

The tale of Hyam’s long journey is a gripping account wrapped up in the historical events surrounding Jesus’ time on earth. Though serving King Herod Hyam wonders if this child could possibly be the long awaited Messiah. Could he be the Anointed One who would free Israel from Roman bondage and bring a time of everlasting peace and joy? 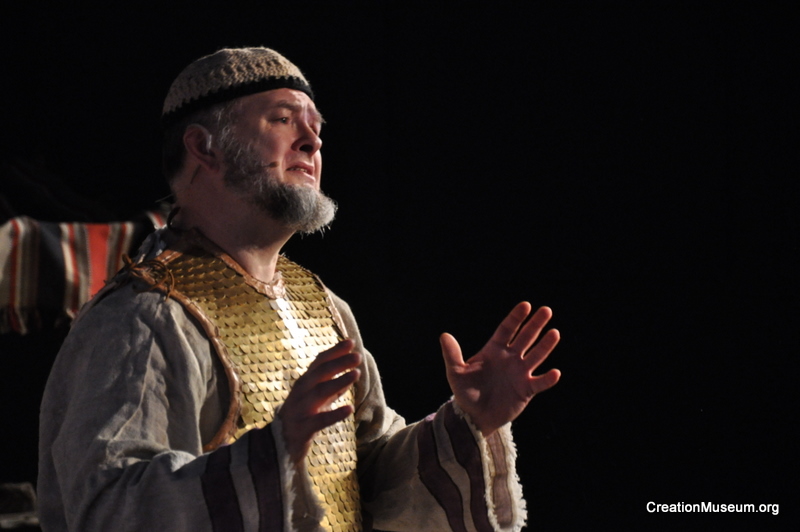 Experience the power of God’s truth as Hyam’s heart makes a journey through guilt and despair to find hope at last in the most unexpected end.

The character of Hyam, the Temple Guard, is fictional, but his story is based on first-century Israeli history and grounded in the historical events of Scripture. Hyam’s testimony mentions some of the violence surrounding Jesus’ time on earth. No graphic images are shown, but the content is very serious in nature.

This program will take place during Christmas Town, held on the following evenings from 6:00 to 8:00. Check the daily schedule for show times.