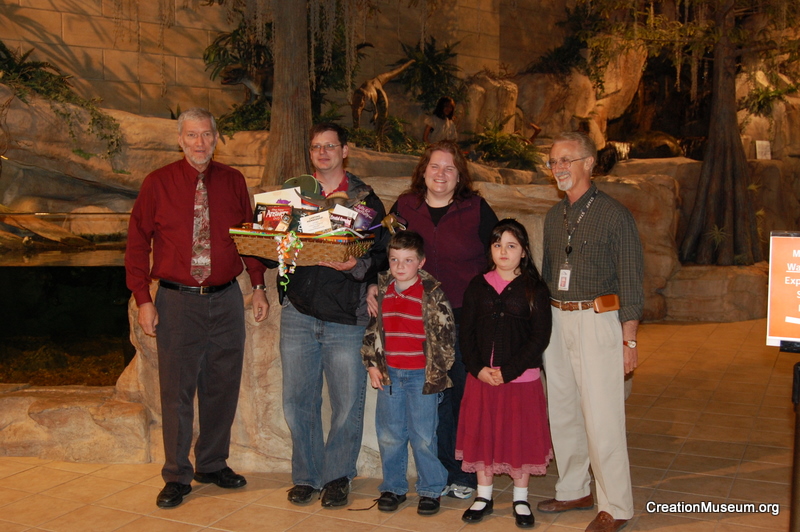 After receiving congratulations from Ken Ham, Mr. Joe Brown of Dayton, Ohio was presented with a gift basket including one night’s accommodation at the Radisson Riverfront in northern Kentucky, a $50 gift certificate at 360 (the revolving restaurant atop the hotel), a KJV Thompson Chain Reference Bible, several DVDs and books, complimentary tickets to other attractions in the region, and a lifetime family museum membership. The prize package total value was over $2,000. 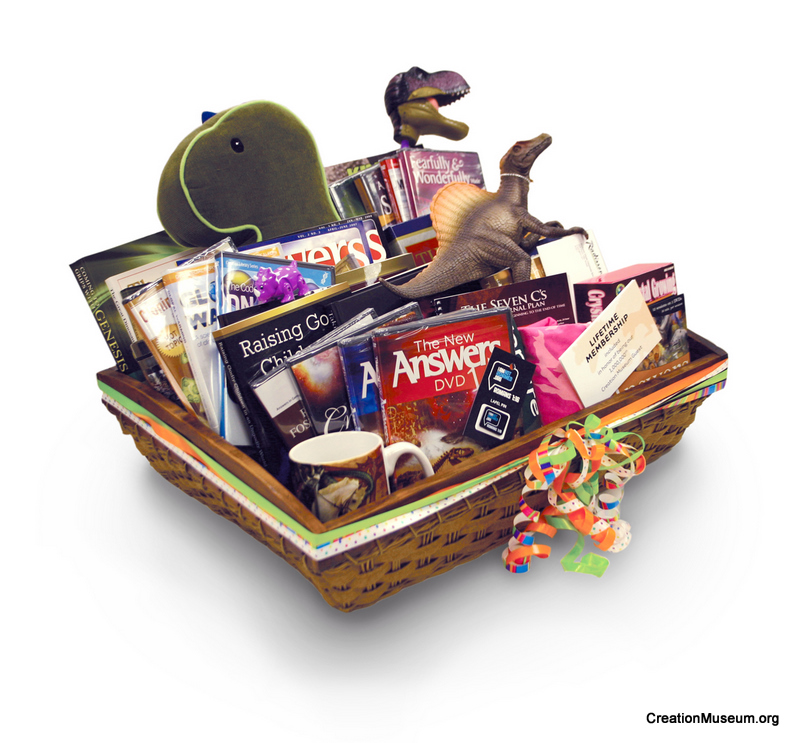 The Browns enjoyed a full day at the Museum.  When they went to leave they said that they'd definitely be back.  When will you visit the Creation Museum? 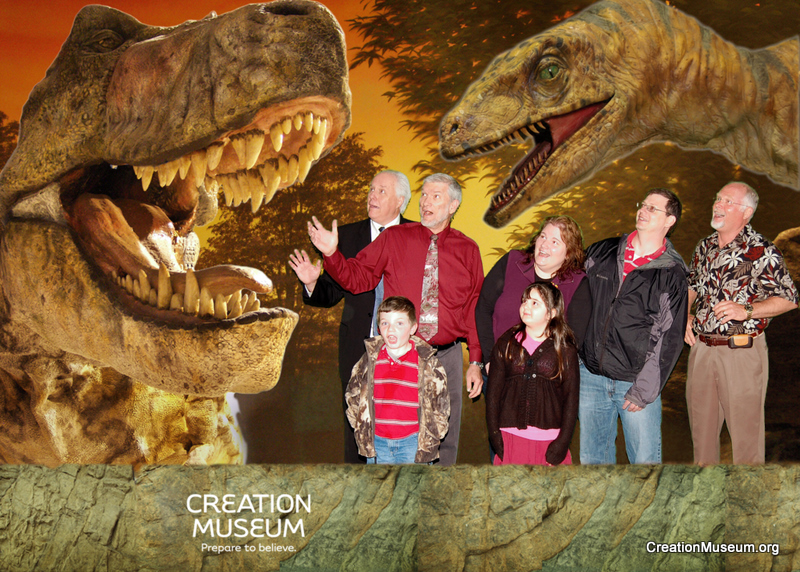