As soon as I heard frog legs and bison chili were on the menu, I knew the Sportsmen's Dinner would be an interesting night. We've never had an event quite like this at the Creation Museum before! But the dinner was delicious, and the entertainment was fantastic.

The dinner also included fried catfish, bass, corn on the cob and more. The guests enjoyed eating outside under one of the picnic shelters before heading inside for a concert by Buddy Davis. Then Buddy spun a couple of yarns in his own engaging way, weaving the gospel message into his stories. 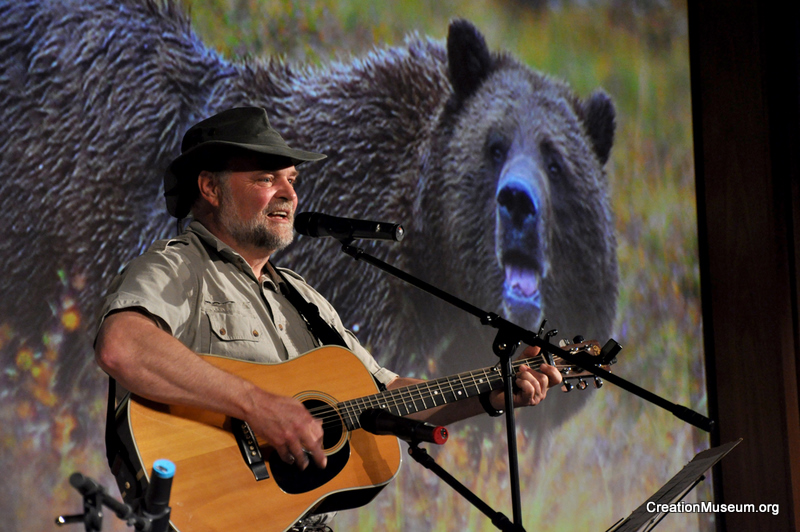 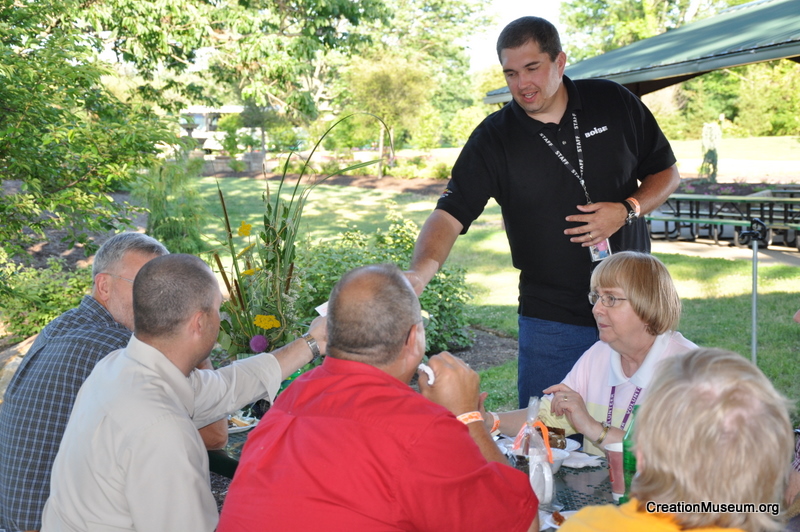 Roger Patterson, Answers in Genesis staff member and avid sportsman, emceed the event. Fifteen door prizes were awarded based on the following accomplishments: 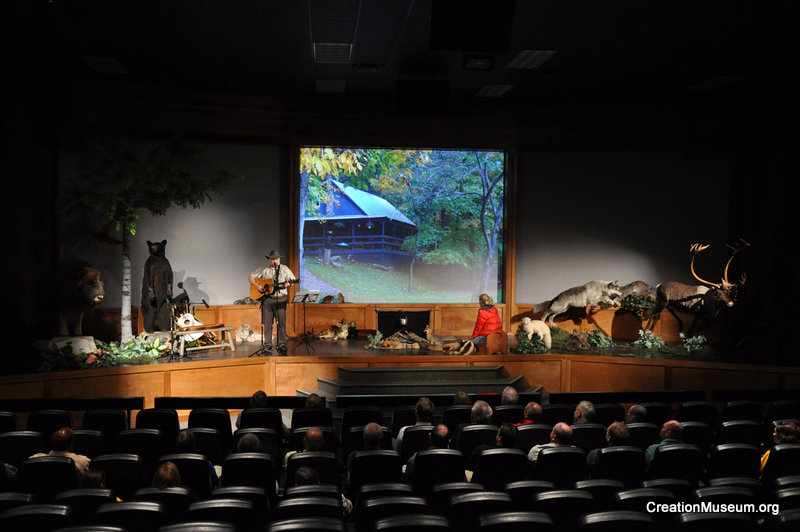 The Special Effects theater stage was transformed for the evening. A musk ox, black bear, caribou, and wolf showed up for the event, along with several smaller critters including an Arctic fox, a coyote, and a lynx. We hope to repeat this event in the fall, so keep an eye out for announcements.