Gomer’s Cousin Comes to the Zoo

Text and Pictures by Amanda Ketron

Another arrival has come to the Creation Museum petting zoo: Rico. While Rico looks much like an alpaca or llama, he is in fact a mix of the two. This may be the first huarizo that you will see, as it is generally frowned upon in the breeding world to create these cross breeds. Some believe that is it causing a degradation in the species; however, introducing genetic variety is not always a bad thing and can help counter mutations that occur due to inbreeding. 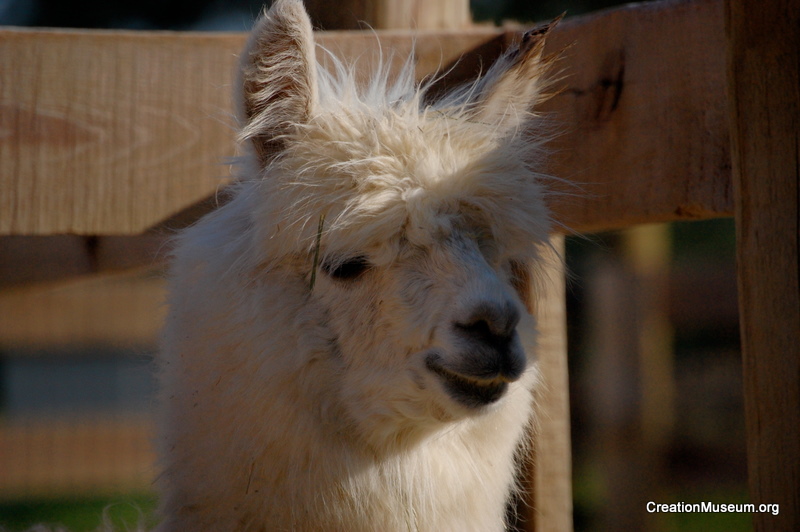 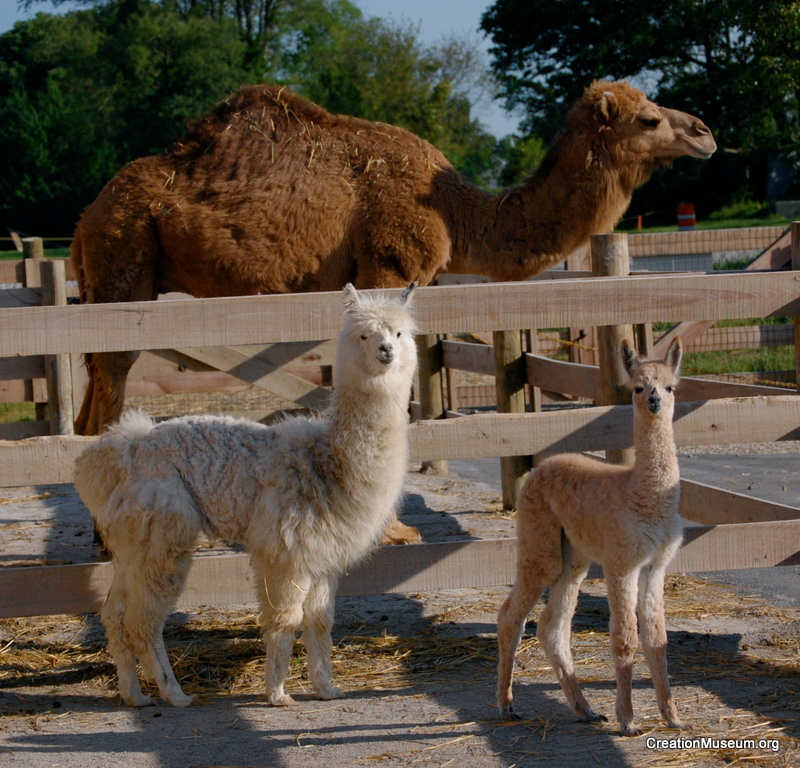 The huarizo is a member of the camelidae family, which means that they are related to Gomer, our resident dromedary camel (see A Wump with just one hump!). However, they are much smaller than our large ship of the desert. Rico, who is one year old, is barely as tall as the four foot fence. Gomer also has different feet; he has two large pads that allow his weight to be spread out more evenly when he walks across the sands that are in his native home. Pedro has hard cloven feet that make it easier for his type to climb the steep, rocky mountains of Peru. God designed much variety within the first creatures of this family of camelidaes. 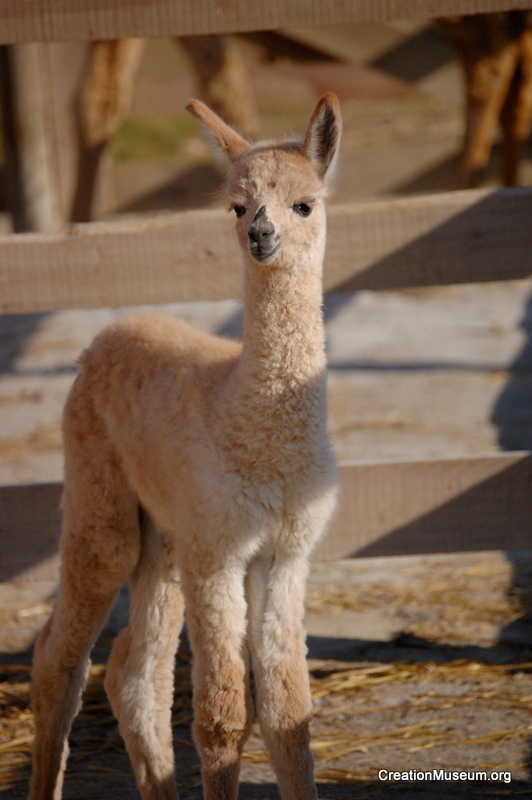 Besides being related to Gomer the dromerary camel, Pedro is also related to vicunas, guanacos, Bactrian camels, and even another hybrid called a cama. A cama is the offspring of a male camel and female llama. Alongside Zoe the zorse and Cletus the zonkey, Pedro is a wonderful reminder of the vast amount of diversity that God instilled in His creatures on Day Six.

Come visit him and all of our other unique and wondrous creatures in the Creation Museum Petting Zoo.