Horses of a Different Color

Text and pictures by Amanda Ketron. 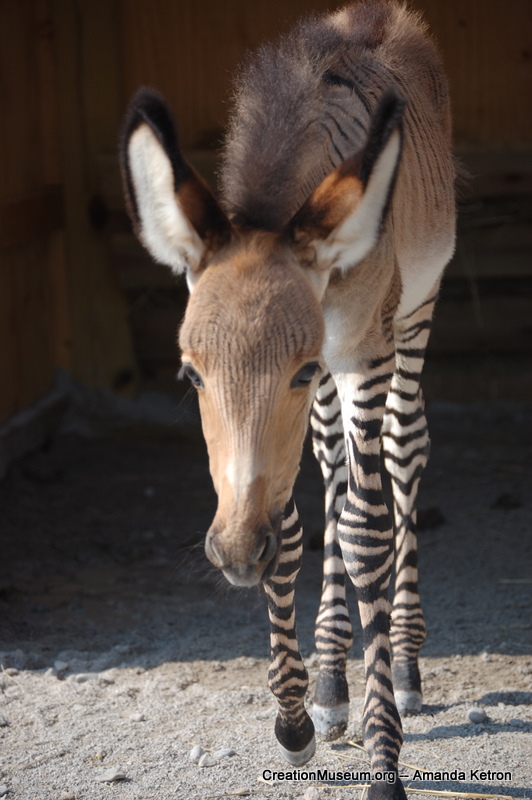 Cletus and Zoe are an amazing example of how the different descendants of the original “horse” kind, part of the living creatures first mentioned in Genesis 1:24–25, can interbreed. While oftentimes these hybrids are no longer able to produce offspring that are fertile, they do result in unique creatures that are hardy enough to reach maturity as healthy adults. 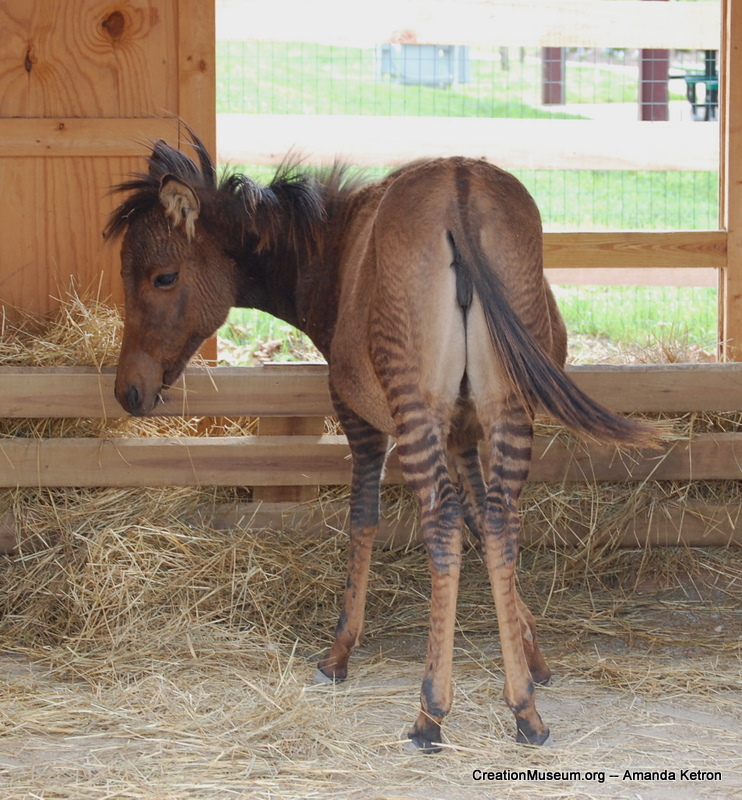 As the centuries have passed from the time when the first equine pair came off the Ark, mutations have accumulated to the point where viable offspring are no longer an option between many species within the same kind. However, at a time closer to the paradise of God’s initial perfect creation, these creatures could have mated and produced foals that would have carried all of the genes needed to create offspring, instead of being sterile as modern hybrids have typically proven to be.

The amazing part of this process is that while there would have been a wonderful amount of available diversity within these original equine offspring, they would have still remained within the same kind—the equine. They would have never changed into another kind, such as canines, felines, or even their barnyard friend, the bovine. 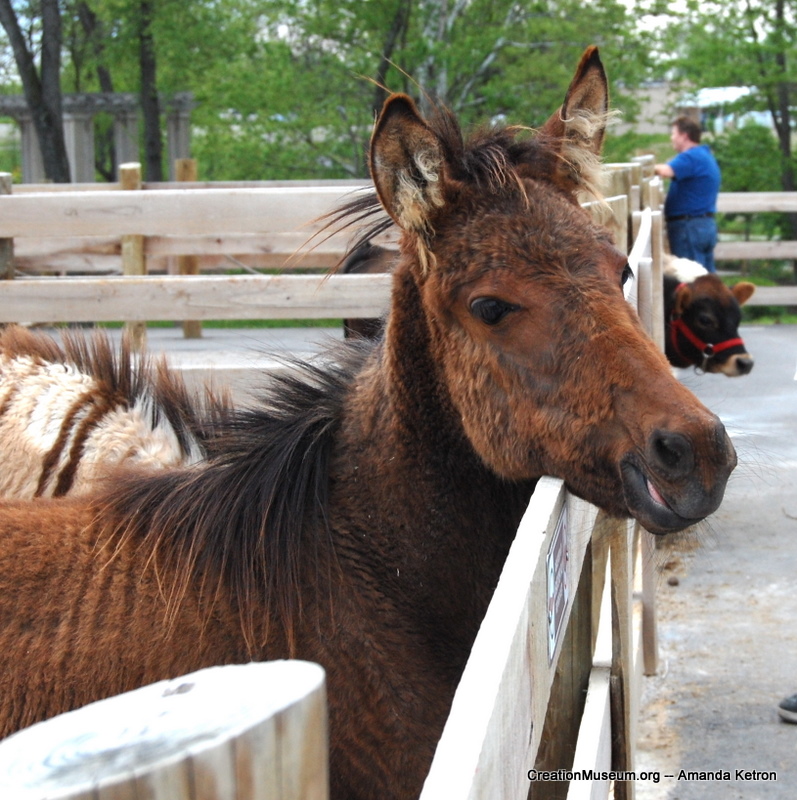 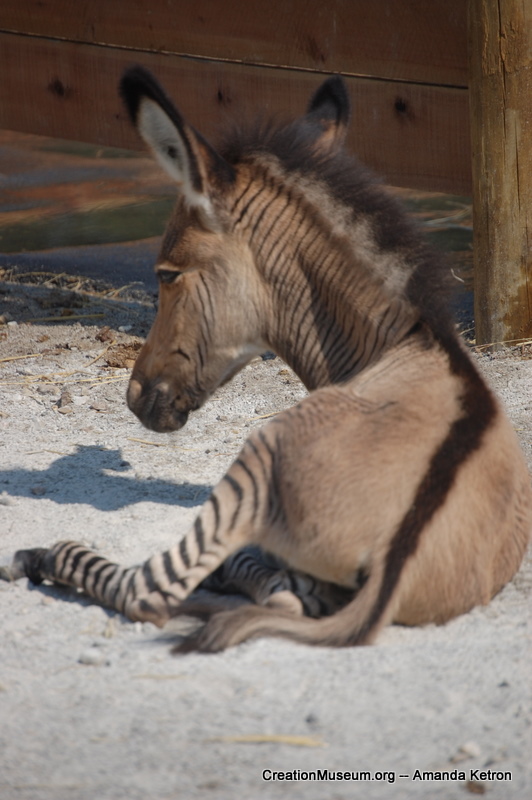 So the next time you are at the Creation Museum, be sure to visit Cletus and Zoe and you’ll be able to appreciate the diversity that God has placed into His creatures but still within the boundaries of the created kinds.