A Wump with just one hump!

We have a Wump with just one hump…

This page from Dr. Seuss’s One Fish, Two Fish, Red Fish, Blue Fish always comes to mind when I think of camels. What can I say, my son loves Dr. Seuss, and the rhymes just bounce around in my head and can’t get out sometimes. At the museum’s petting zoo, our “Wump” is an Australian feral camel named Gomer. 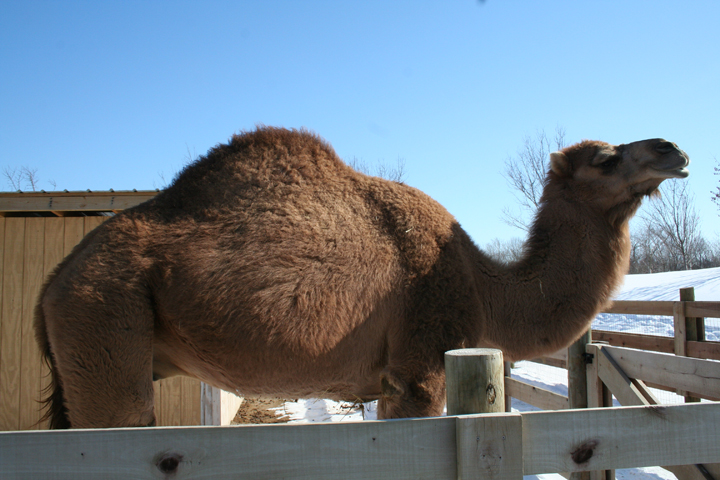 Even though Gomer is in the group of camels known as feral, he is anything but wild. He’s 6 foot, 6 inches at the shoulder, and he weighs in at 1,100 pounds, but he’s a gentle giant who is eager to make friends. As you approach his pen, he comes to the fence and leans over to greet you face to face. He’s chatty too, always making grumbling, rumbling noises that come from way down at the bottom of his 6-foot-long neck. If you’ve never chatted with a camel before, you’ll find hanging out with Gomer to be a unique experience! 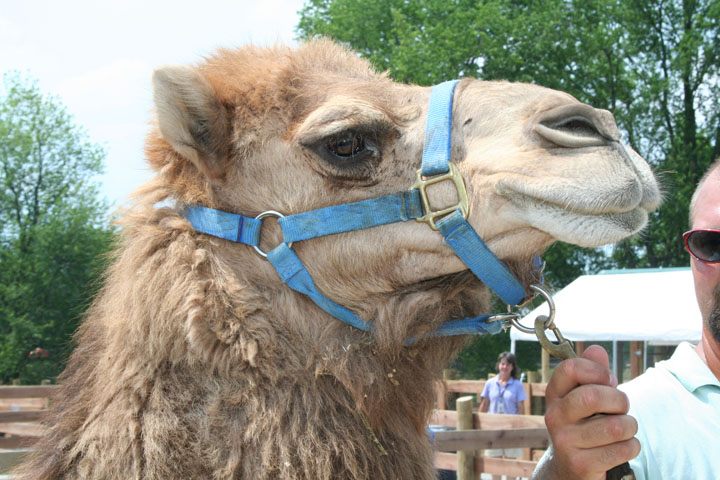 Camels are sometimes feared for their ability to spit when threatened. It’s actually not spit but a mixture of vomit and saliva that is projected out at the offender, so we’re thankful that Gomer has not yet felt it necessary to spit on any of his new friends! I don’t think you have to worry about this big guy spitting—just treat him respectfully and stay on his good side.

If you’ve never ridden a Wump, hopefully you’ll be able to at the Creation Museum one day. Gomer had some training in carrying passengers before he came here, but we don’t have a saddle for him yet. Saddles for camels are custom-made and quite expensive. Gomer is about five years old, and he could still grow for another year, so we do not want to purchase a saddle too soon. Josh, who oversees the petting zoo, is currently working on securing funds and choosing a supplier for a saddle. When he is full grown, Gomer will be able to carry 2/3 of his body weight—up to 1,000 pounds! He could easily take our five petting zoo employees at once on a ride through our gardens.

Gomer is beautifully designed for harsh conditions. Contrary to popular belief, his hump stores fat, not water. The fat provides a supply of energy for drought or famine conditions. If he were really thirsty, he could drink up to 32 gallons of water at a time, and store a lot of it in his bloodstream. They say camels can go a week or more without water, but we provide Gomer with fresh water daily (we want to stay on his good side!)

Looking at Gomer, we can see how he could get along so well in the desert. Obviously the hump is a large advantage, but our Wump has other features that are not quite as well known. Those big eyebrows help shade his eyes from the harsh sun. His long, curly lashes, along with a special membrane in the eyes, help keep the sand out of his eyes. His big snout was even designed with a special function. He can actually close his nostrils to keep the sand out. Large, soft feet would carry him over the hot sand with ease. While I’ve never seen a seven hump Wump like Dr. Seuss imagined, this one hump Wump is spectacular enough in his abilities to make me marvel at the creativity of his Creator. When you come to the Creation Museum, make sure to visit Gomer and take time to appreciate the work of our awesome God.

*Stephanie McDorman is the museum registrar at the Creation Museum