Diving for the Creation Museum

Of course the Creation Museum is not underwater or anywhere near a coral reef, but one of our supporters has found a way to combine diving with his love of the Creation Museum. Greg Machak hunts for fossils in a lake near his home in Illinois. 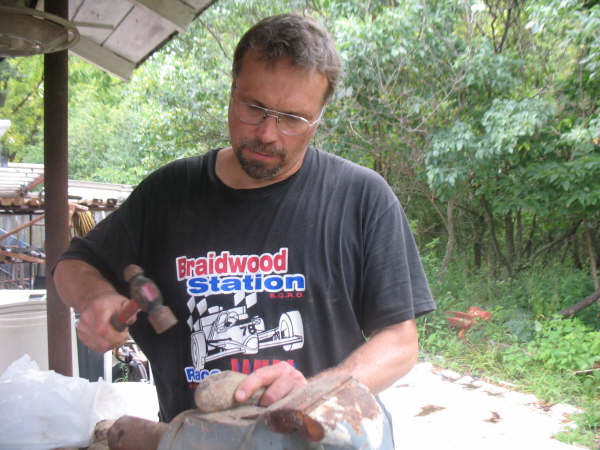 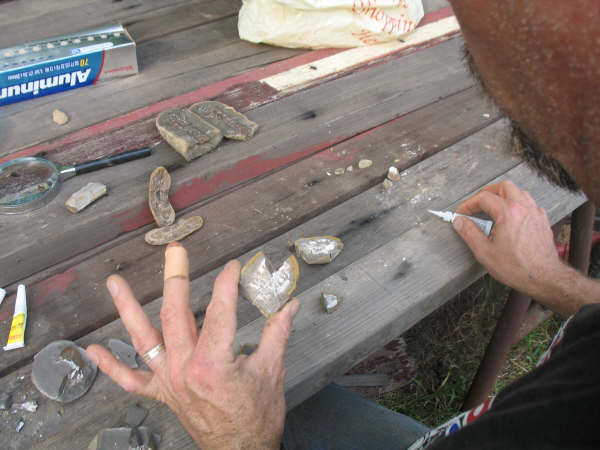 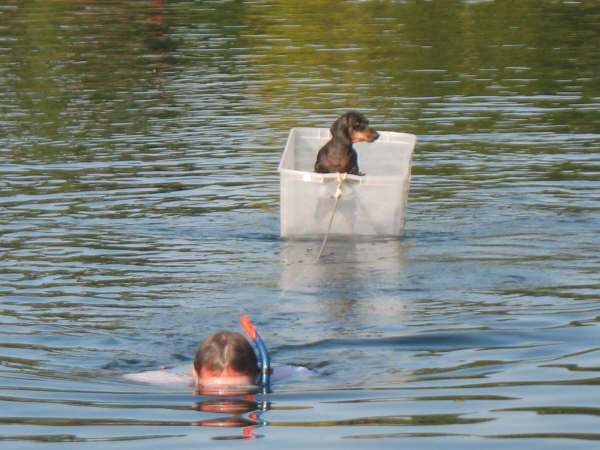 Greg found his first fossil in the lake while fishing on July 17, 2006. After that he started noticing the beautiful fish while diving, and he gave up fishing and took scuba lessons. Now he dives, using either the scuba tank or snorkel, for fossils and enjoys the fish while he’s at it. So far he has donated well over a thousand specimens to us, building up a very respectable collection of world-famous Mazon Creek fossils.

Mazon Creek fossils are not world famous in the same way as Hollywood stars, but in the fossil world, the Mazon Creek area is certainly famous. It’s a large area in Illinois that is a treasure-trove of fossil specimens. The fossils are usually found in nodules, also known as concretions, and soft parts are often beautifully preserved.

We are in the process of identifying and cataloging the vast numbers of fossils Greg has donated so far. Not only is Greg a fossil hunter, but he and his wife are superb fossil busters as well. In addition to the many hours spent collecting fossils, they have both spent untold hours with chisels, hammers, and probably swollen thumbs cracking open the nodules to reveal the fossils inside. It’s quite a task, and we’re very grateful for their dedication! We have identified hundreds of plant fossils, including beautiful seed ferns, spore ferns, and my favorite, Annularia.

Many of these will probably not be used in museum exhibits, but the fossils will serve as an important research collection. The assortment will give us a snapshot of a certain time and place in history and how it relates to the Flood. Drs. Andrew Snelling and Kurt Wise feel that the collection will provide helpful data related to the floating forest theory.

So, Greg, Julie, and Johann Sebastian Dach (Dach for short—the four-legged diving buddy), thanks for all of your hard work!