A New Buddy Davis DVD in the Making

A new Buddy Davis music and teaching DVD is in the making! It was really interesting to watch the filming of a possible new project with Buddy Davis take place at our very own petting zoo here at the Creation Museum. It’s amazing the amount of filming that needs to be done just to get a few good minutes of usable footage. Of course, the principle actors in this project were sometimes less than cooperative! No, we don’t mean Buddy Davis; we mean the animals in our zoo that refused to work unless we gave them their own dressing rooms. Just kidding, they already have their own dressing rooms!

Here are a few photos of the camera crew with Buddy, and also of the wonderful children who did such a great job learning the new songs and were so patient with all the stage directions. We can’t wait to see what it looks like; right now it is in the editing and proposal stages. A big word of thanks goes out to everyone involved in this proposed project as we look forward to be able to teach kids about God’s amazing Creation found in the animals in our petting zoo. 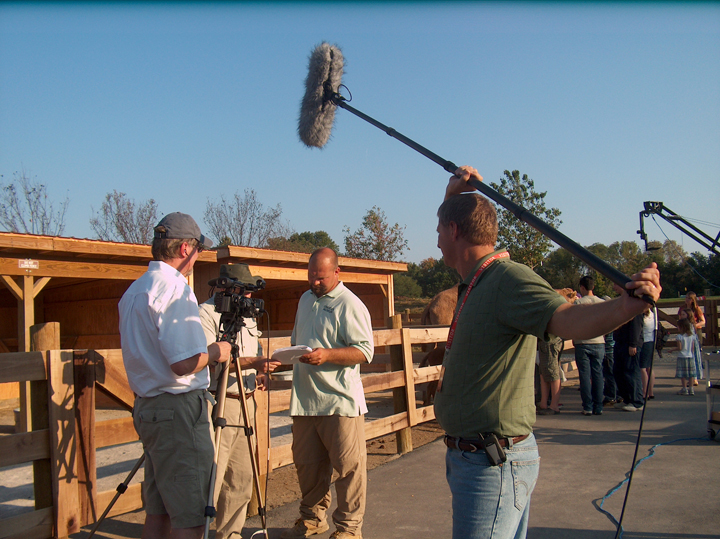 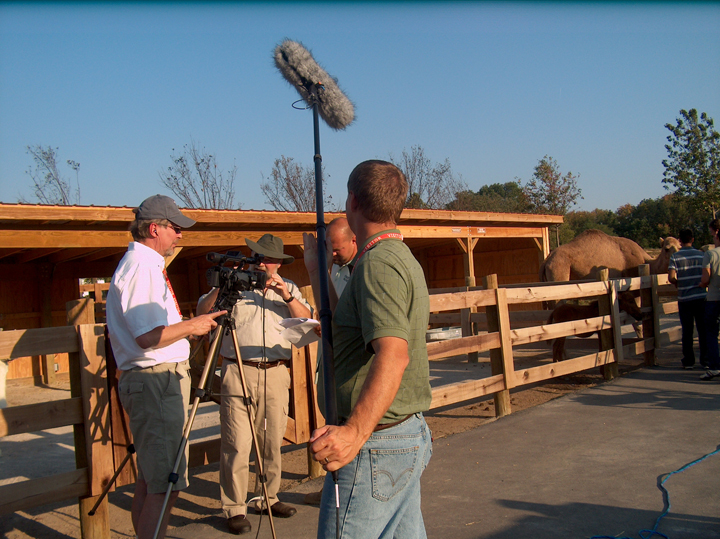 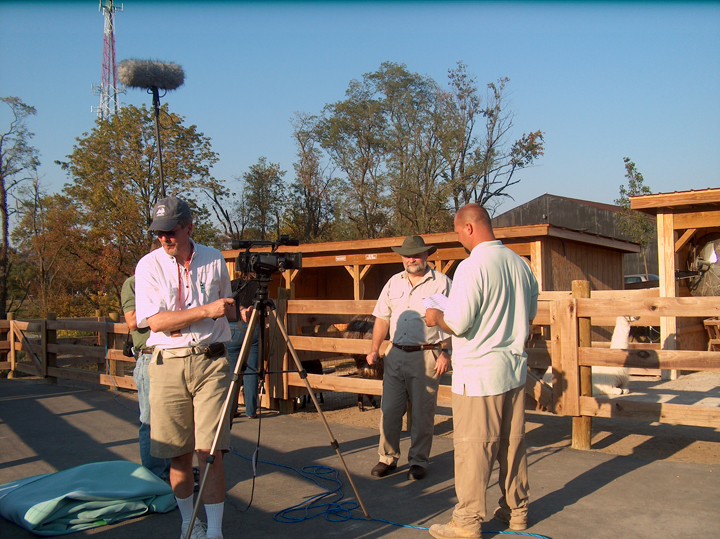 Be sure to check out our Events Calendar for upcoming concerts and workshops with Buddy at the Creation Museum.

Gifted by God in many ways, Buddy Davis is a speaker and singer/songwriter for the Creation Museum and Answers in Genesis. He is an adventurer and paleo-artist, and he leads the very popular “Creation Adventure” children’s workshop at AiG conferences. Buddy plays many acoustic instruments, and his music is enjoyed around the world.

As a speaker for AiG, Buddy’s talks cover a wide range of topics. Whether geared for adults, children, or the whole family, Buddy’s messages are aimed at the lay audience. His easy-to-understand style makes him popular with listeners of all ages.

As an author and illustrator of children’s and family books, Buddy is once again able to minister to a wide range of people. Fiction and non-fiction, print and audio, Buddy’s easy-to-read style is perfect for family read-aloud time and classroom use.

As a songwriter, the sole purpose of Buddy’s music is to uphold the authority of God’s Word and draw people to a closer walk with Jesus Christ, our Creator and Savior. Hard-hitting songs like “Godly Men” and “I Believe” (written by Buddy) have ministered to many. Buddy plays a variety of folk-style instruments (e.g., guitar, mandolin, harmonica, et al.), and his down-home-America singing style is pleasing to all.

Buddy’s greatest adventure happened in the north of the Alaskan tundra (within the Arctic Circle) with his search for dinosaur bones. His exploration for Noah’s Ark took him to Mt. Ararat in Turkey. Buddy is easily recognized in his explorer clothes and trademark hat. This image allows Buddy to connect with families in a special way, and the children always recognize him as the star of the Creation Adventure Team award-winning videos.

As a “paleo-artist,” Buddy specializes in building life-size dinosaur sculptures. He has sculpted more than 60 impressive dinosaur models, many of which have found a new home in the AiG Creation Museum. His work has been featured worldwide in newspapers, magazines, books and on television.