Yesterday the Creation Museum had the opportunity to be the title sponsor of Faith Day at a Cincinnati Reds baseball game. Faith Day is an outreach to area churches. Over 37,000 baseball fans attended the game featuring the Reds and National League Central rival St. Louis Cardinals. Before and during the game, we set up a booth in the FanZone. Creation Museum staff members and volunteers handed out tracts from Answers in Genesis. 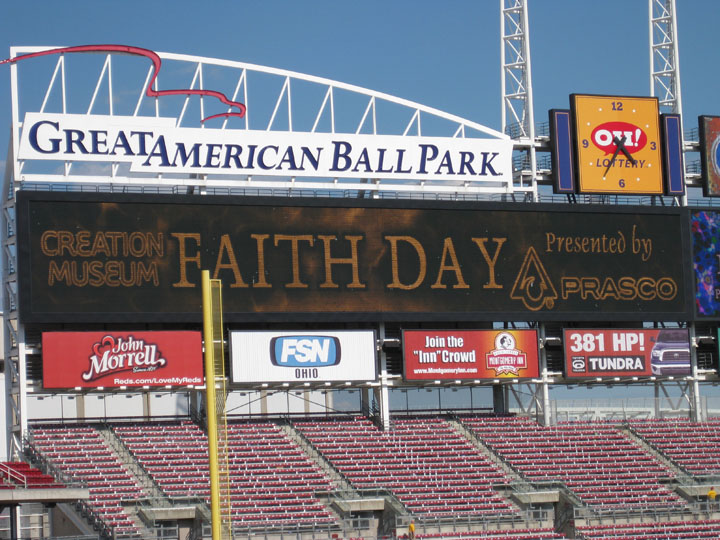 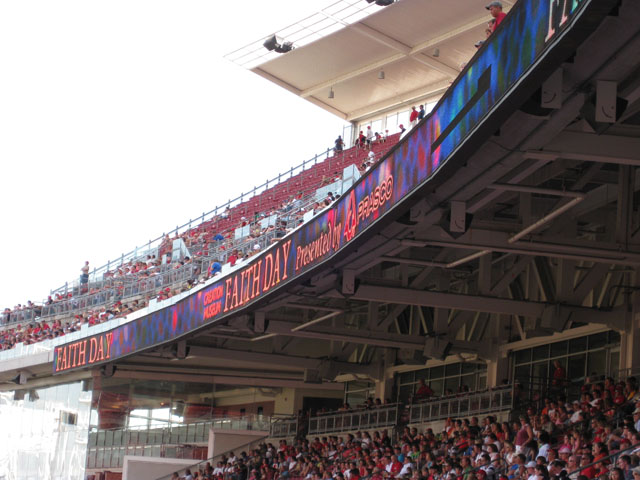 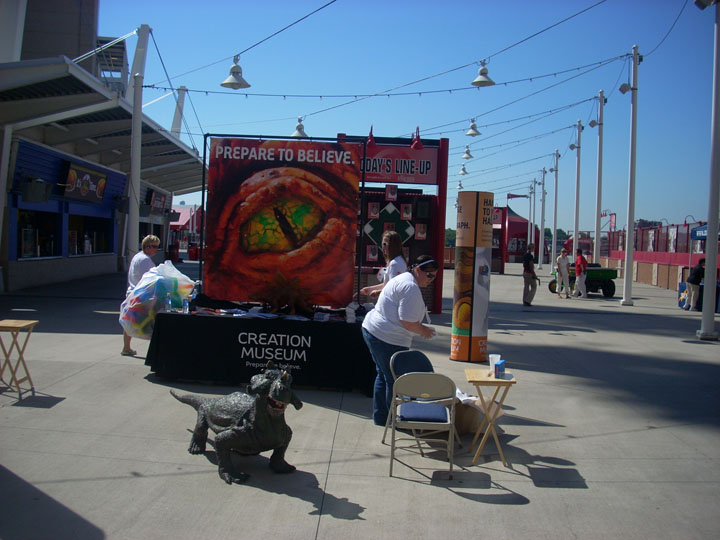 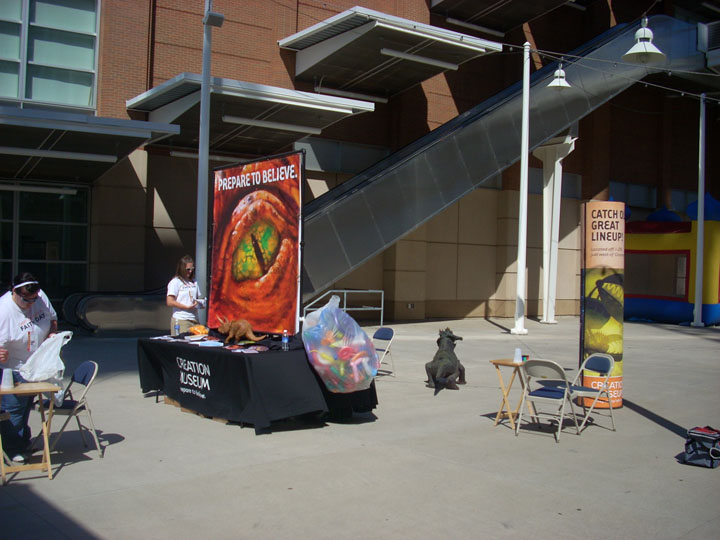 Countless faces were painted and balloon animals were made for kids in attendance. Many thanks go out to Rachel, Carla, Ronda, and Kristen for braving the heat and doing an excellent job! 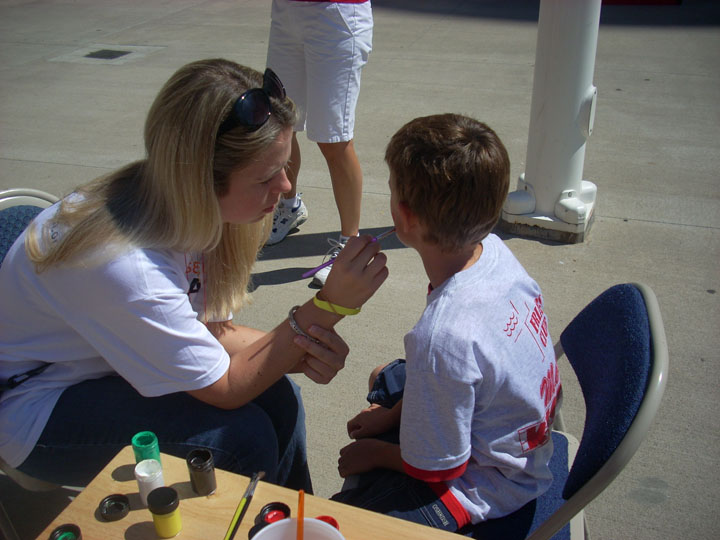 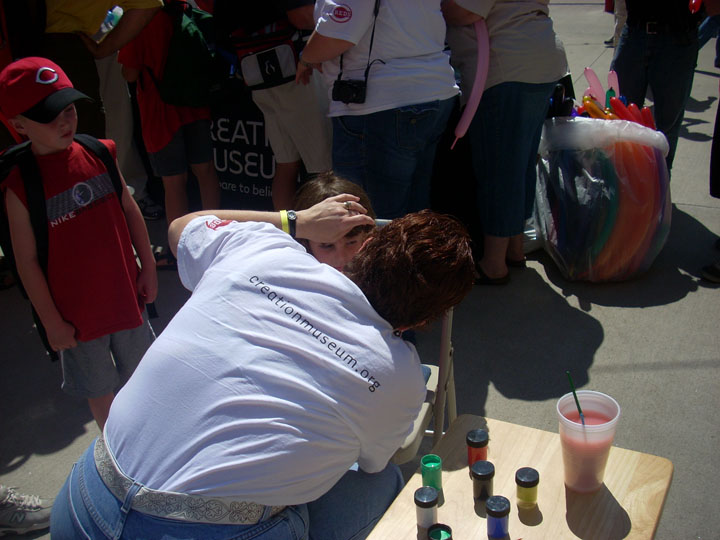 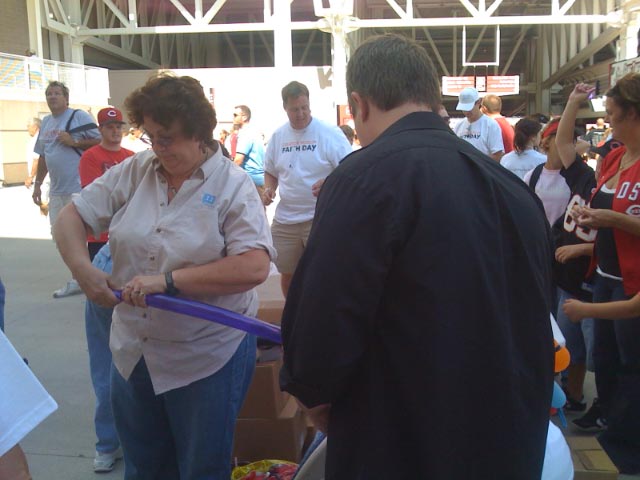 Before the game, Creation Museum Vice President (and AiG co-founder), Mike Zovath threw the first pitch to our Chief Communications Officer (and co-founder), Mark Looy. Mike's pitch was a dead-on strike (if you saw it from the right angle). Mark did a fantastic job as Mike's backdrop. 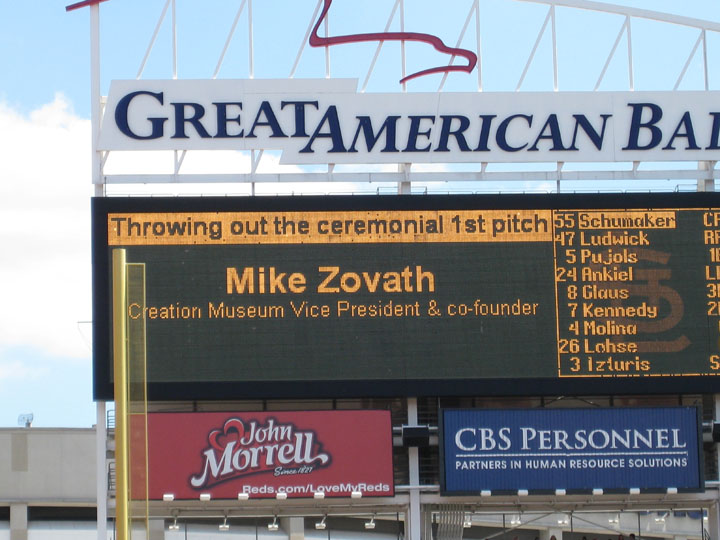 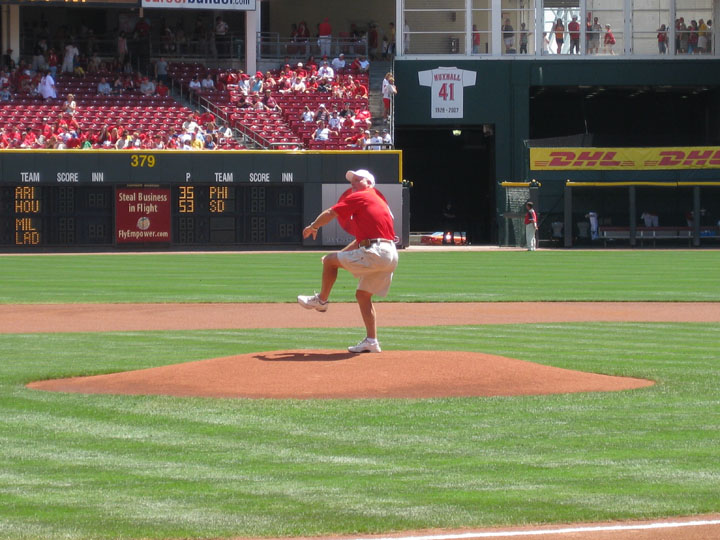 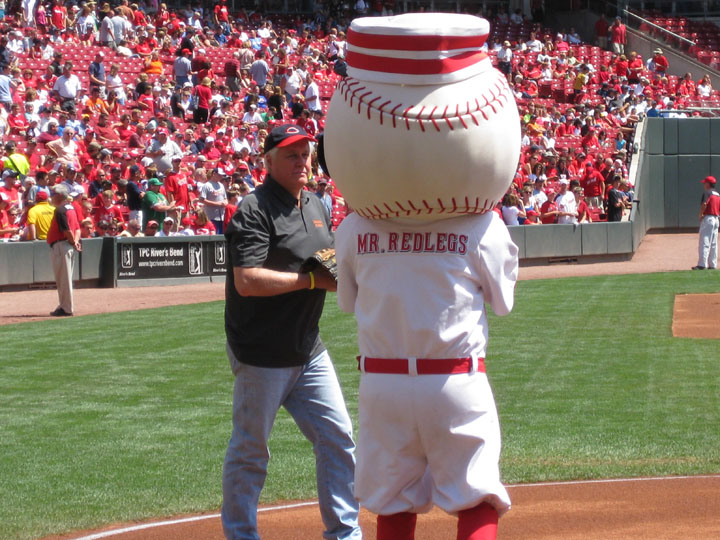 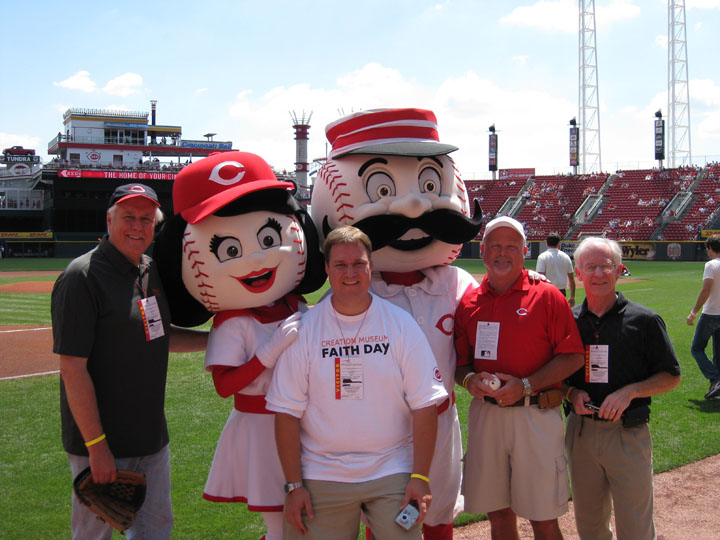 After the game, fans heard testimonies from Reds players, Bill Bray and Jeremy Affeldt. After the testimonies the band Mercy Me performed. One of the most moving portions of the concert occurred when the band invited the audience to sing "Amazing Grace" in unison. 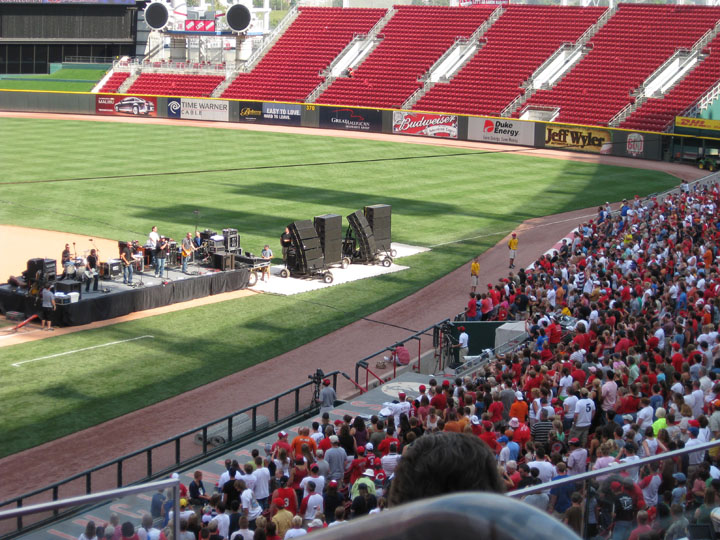 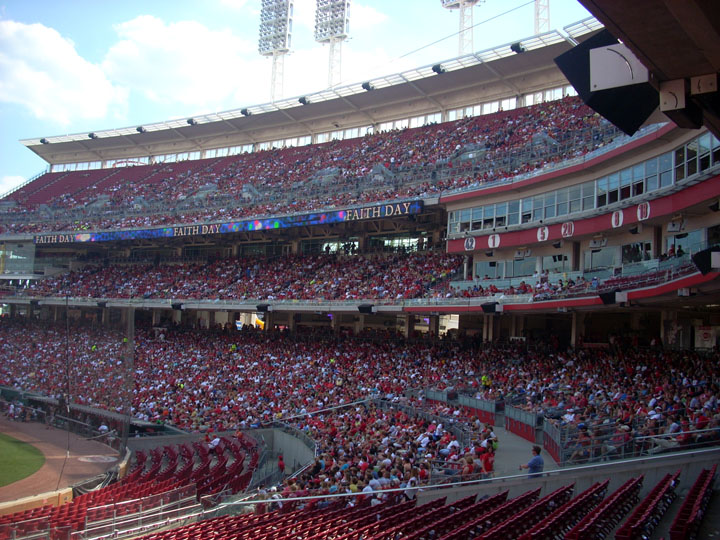 Following the concert, each audience member received a Creation Museum wristband and brochure. 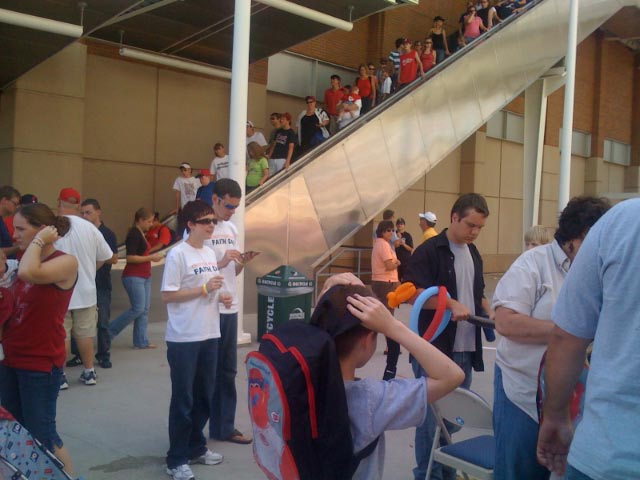 We are thankful to God that we were able to take part in such a great outreach to our community.