How do you explain the enormous fossil record in the sedimentary rock layers around the earth’s surface? Evolutionists tell us that it took millions of years of geological processes. Creationists have shown that these fossil-bearing rock layers were produced by catastrophic events consistent with Noah’s flood. 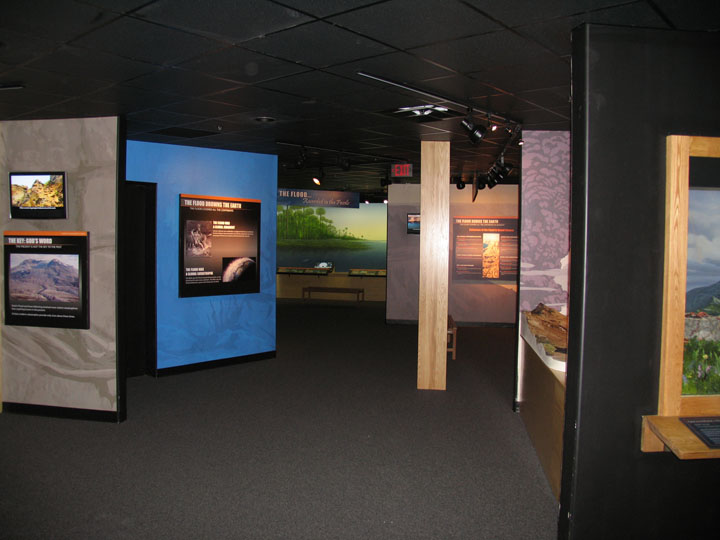 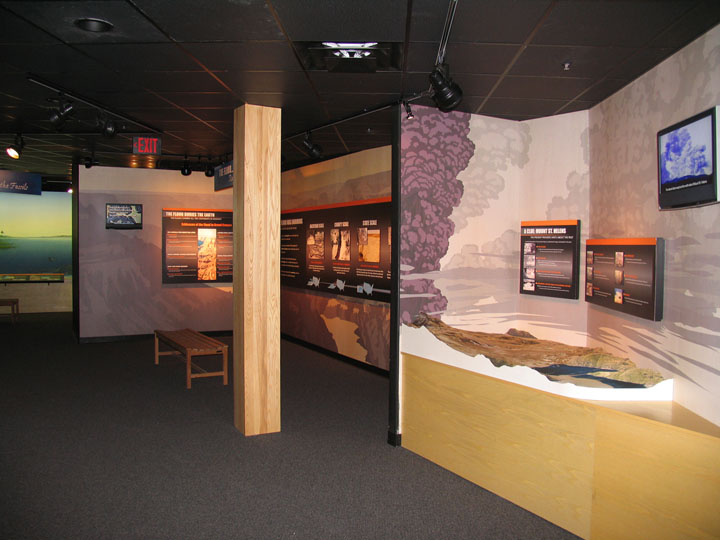 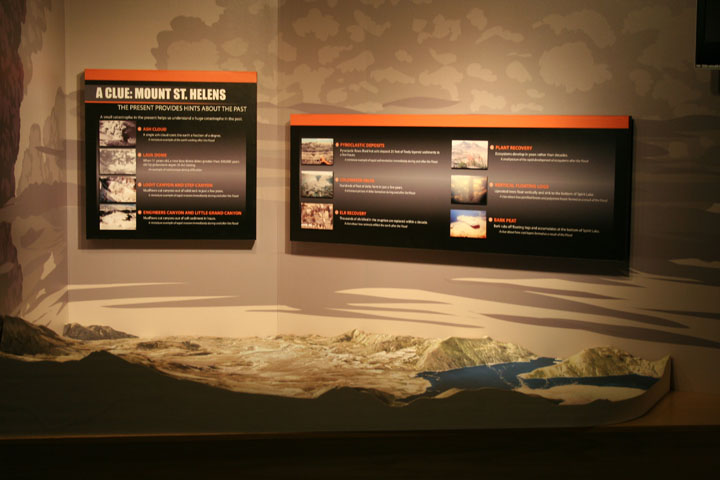 As you enter the Flood Geology area you see numerous videos and displays that show how modern science is used to help explain how the biblical flood destroyed and reshaped the earth. You will also see a model of Mt. St. Helens as well as a model of the Grand Canyon which compare how similar they really are. 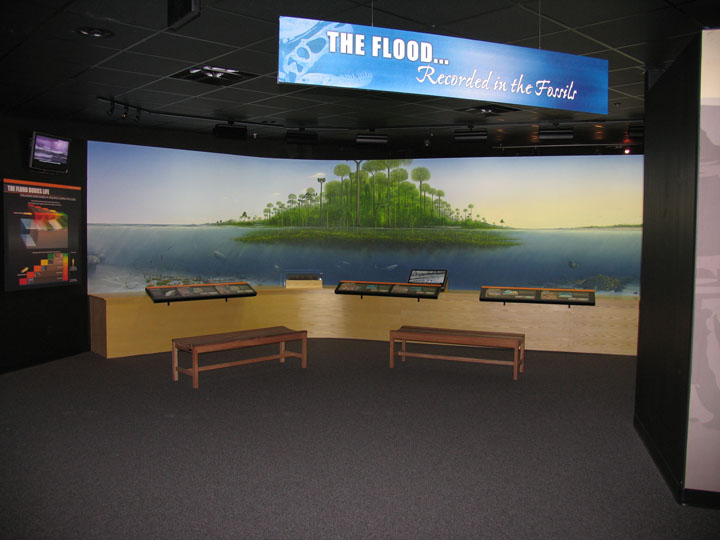 The focal point of the exhibit is a beautiful mural showing a talented artists' concept of a floating forest which represents a theory of what might have existed before the flood, which would have accounted for many of the coal deposits that we find today. 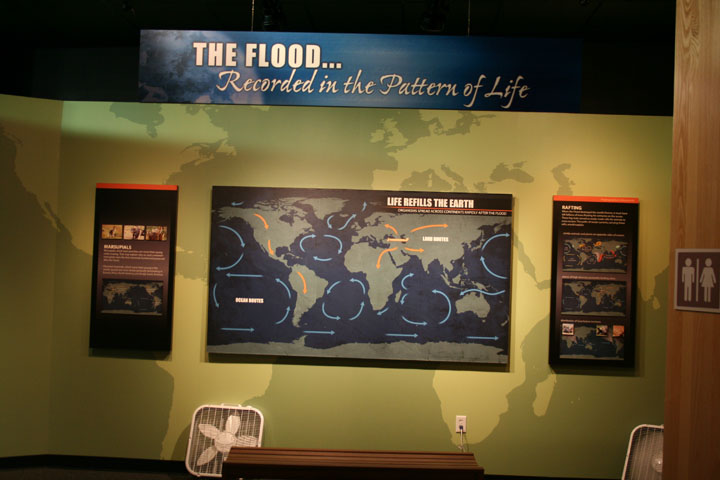 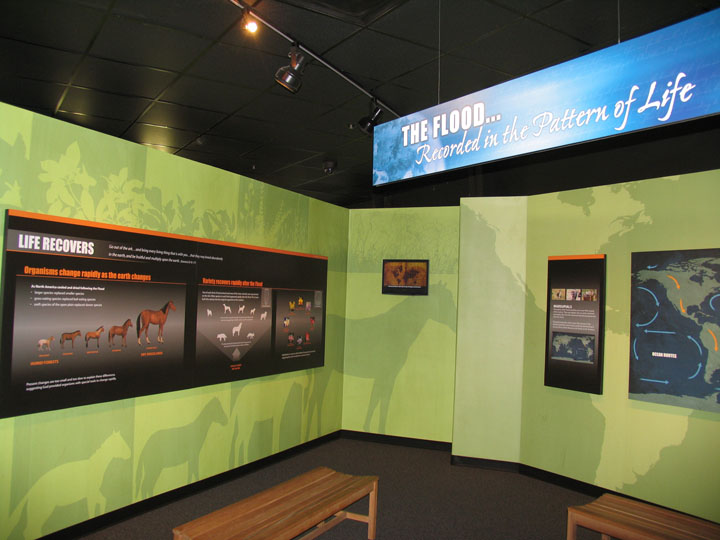 One of the last exhibit areas shows how the flood affected life during the years that followed. Life refills the earth and life recovers from the flood. Organisms change rapidly as the earth changes quickly and the exhibits cover numerous aspects of what was occuring. The flood geology exhibit area is a part of the walk through history that actually brings science to life. Come visit us and see this beautiful display for yourself.