Watch Mercury Travel Across the Sun

Generally speaking, when you hear the word transit, you think of some form of transportation, for example, B.A.R.T., or Bay Area Rapid Transit. Astronomically speaking, transit takes on a completely different meaning. Join Creation Museum Astronomer, Dr. Danny Faulkner, on May 9, 2016, for a heavenly transit as Mercury passes across the face of the Sun.

Never one to miss an opportunity to share his love for all things astronomical, Dr. Faulkner is excitedly looking forward to setting up a telescope and showing guests this unusual event. A transit occurs when a planet passes between the Earth and the Sun so that it is visible as a black spot on the Sun’s disc. This is similar to a solar eclipse when the moon passes precisely between the Earth and the Sun, but the planets are so far away that they do not create a shadow, or eclipse, on the Earth’s surface. Since Earth is the third planet from the Sun, we can only observe transits of Mercury and Venus, the two planets between us and the Sun. 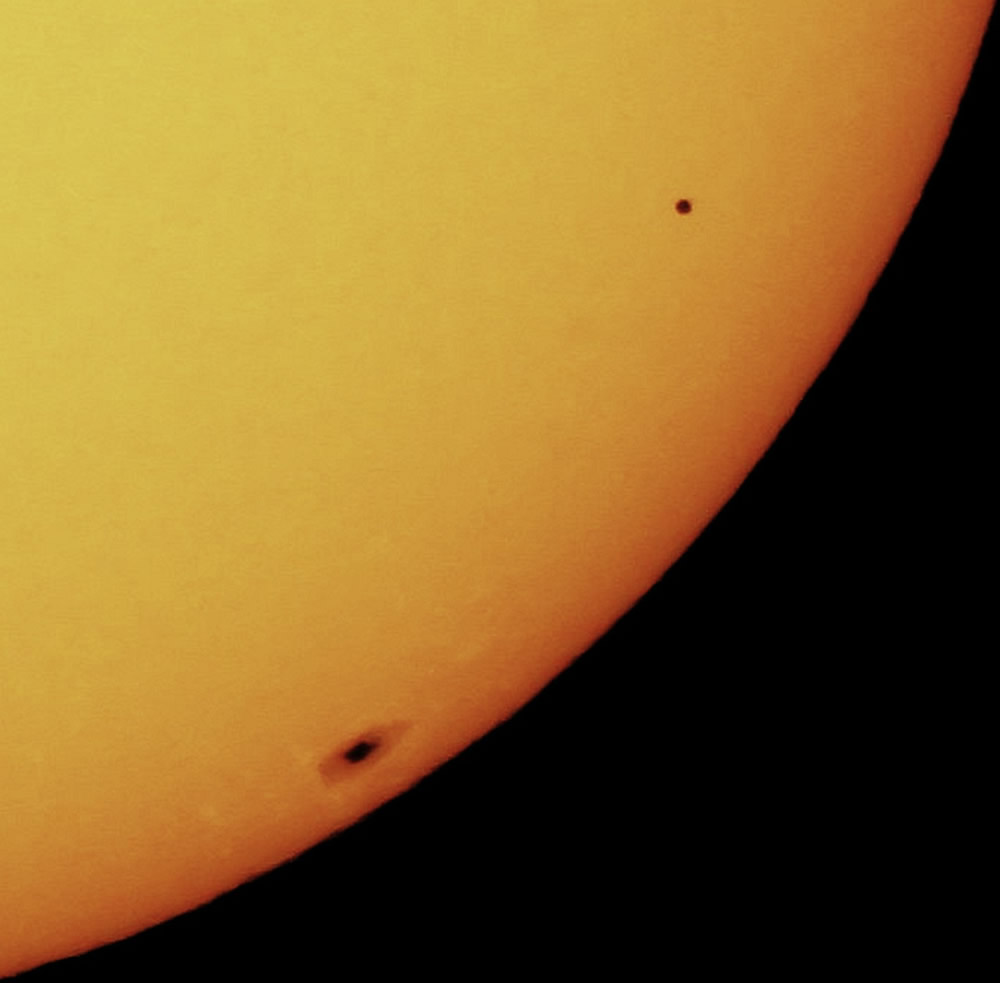 Transit of Mercury. Image from Wikipedia.

Although the museum is in a region of Earth that will be able to observe the entire pass, the transit will already be underway when the museum opens. However, it will continue until past 2:30 p.m., so there’s plenty of time to view this exciting event. You may even want to stop by several times to see Mercury’s progress as it completes its pass.

This is a free event. Just find Dr. Faulkner with his solar-filtered telescope on the Creation Museum terrace and step up for a peek at what may well be a once in a lifetime opportunity to view a Mercury transit! Of course, the opportunity to view the transit is subject to weather and Dr. Faulkner will not set up the telescope if there are clouds or rain. Pray for a clear day!