Highlighting the dangers of the beautiful but sometimes deadly poison dart frogs, the Creation Museum has an exhibit featuring the tiny amphibians, which reminds guests that prior to the Fall of man—when Adam disobeyed God in the Garden of Eden—nothing was harmful, not even poison dart frogs. 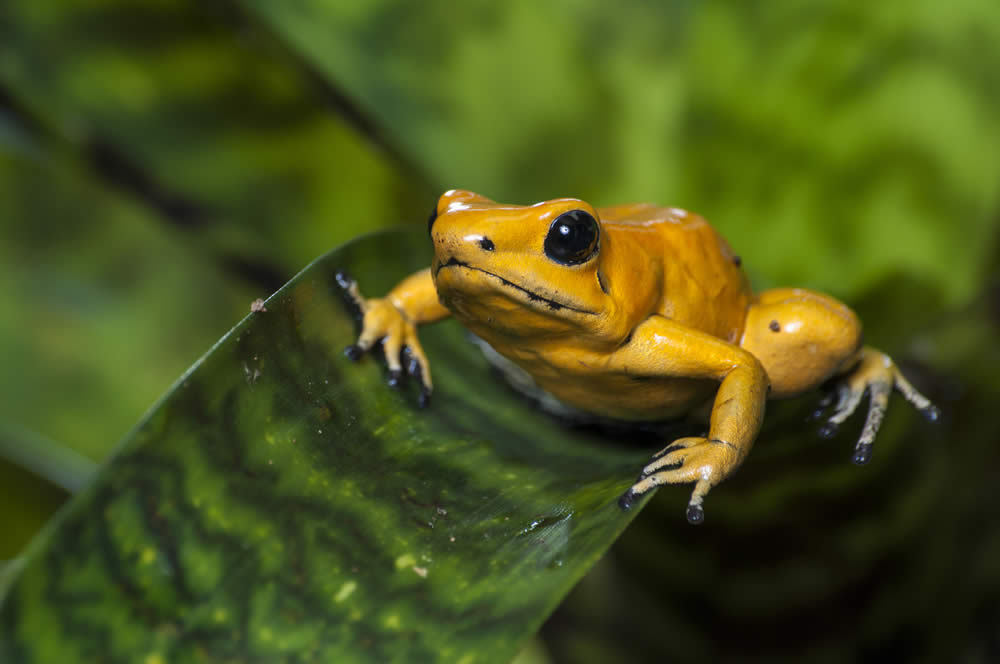 Just one drop of toxin from the Golden poison dart frog, the world’s deadliest, will stop a person’s heart from beating. Fortunately, in captivity, like all dart frogs raised on a diet of mostly fruit flies, this frog is completely harmless.

When museum guests see us feeding our poison dart frogs, the number one question we get asked is, “Aren’t you afraid you might accidentally touch one of them?” Fortunately, dart frogs are not poisonous when raised in captivity because they eat different insects than they eat in the wild. 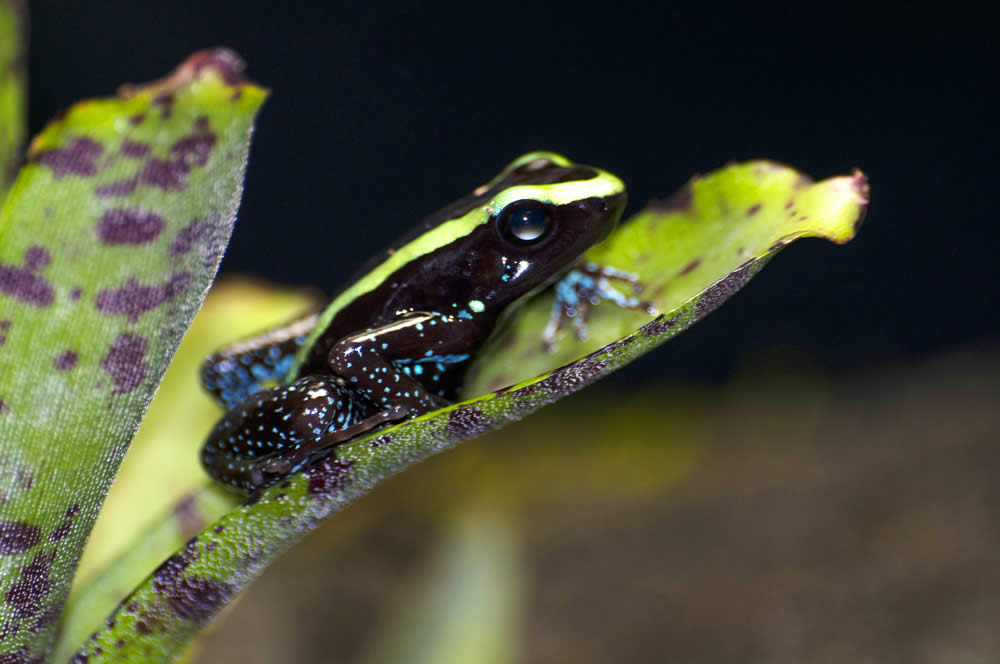 The Kokoe poison dart frog is one of only three species that are used to poison the tips of blowgun darts used in hunting by some of the native tribes of Columbia, South America.

In nature, a large portion of a dart frog’s diet includes certain types of small beetles and ants, which contain poisonous alkaloid compounds. Dart frogs are able to concentrate those chemicals, and in some instances even alter them making them even more potent, in their moist skin secretions. In captivity, we primarily feed our dart frogs fruit flies, which don’t contain the toxin. 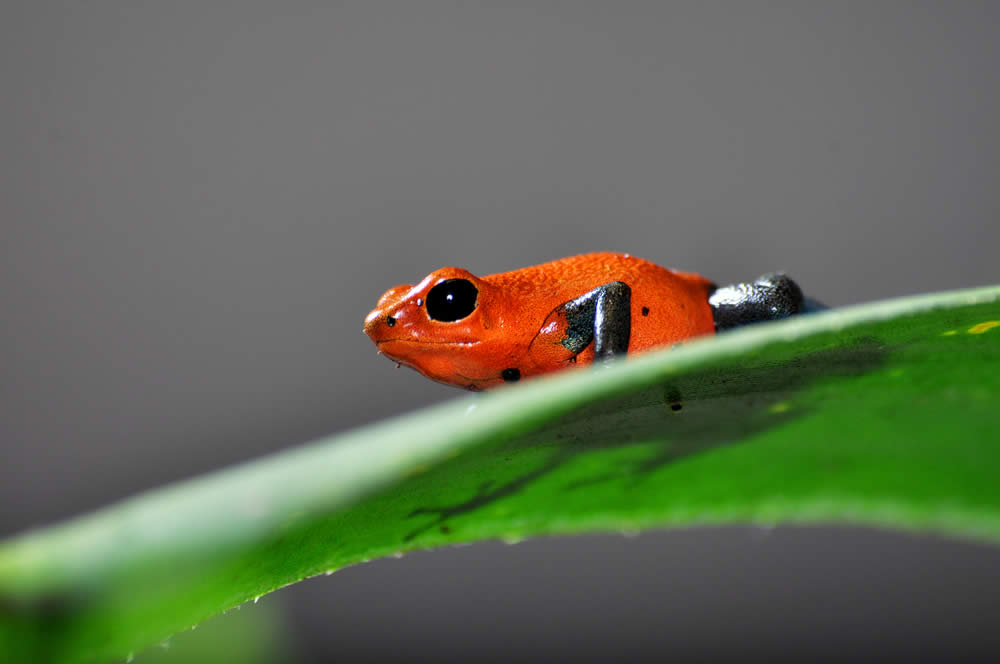 The toxin of this beautiful species, the Strawberry poison dart frog, causes serious burning and swelling but is not deadly to humans.

At any given time, we have 88 quart mason jars containing flightless varieties, fortunately, of two different species of the small insects. Each week, 14 jars containing fruit fly cultures, consisting of flies and the food they eat, are cleaned out and 14 new cultures are made. Guests may be surprised that it often takes just as much time tending to the insect cultures as the poison dart frog exhibit itself.